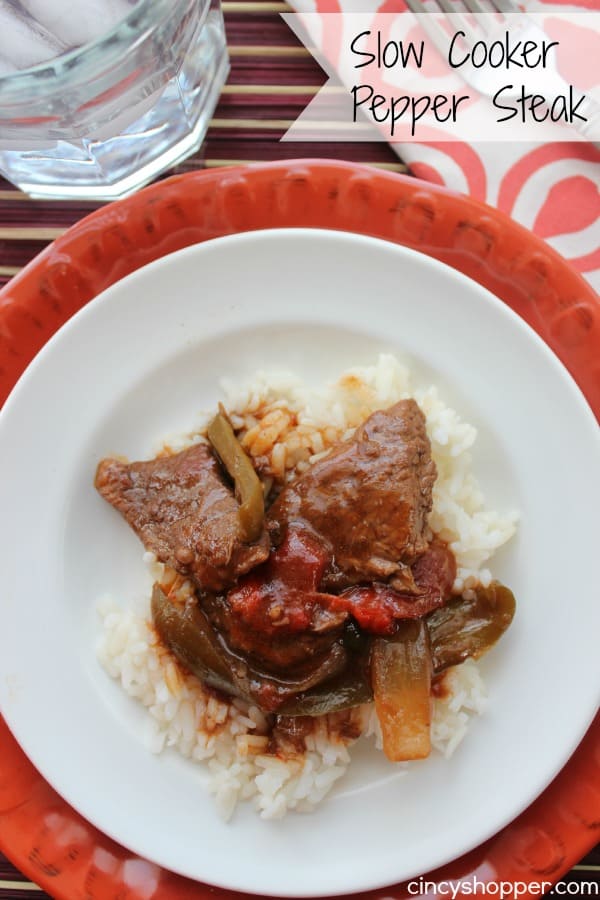 Cooking with the slow cooker has worked out so well for us. Most everything we have made has turned out well. I personally like the less ingredient slow cooker meals myself. But this one he made was PERFECT! Normally carry out pepper steak has just green peppers, I really liked the additional flavors the sweet pepper added. 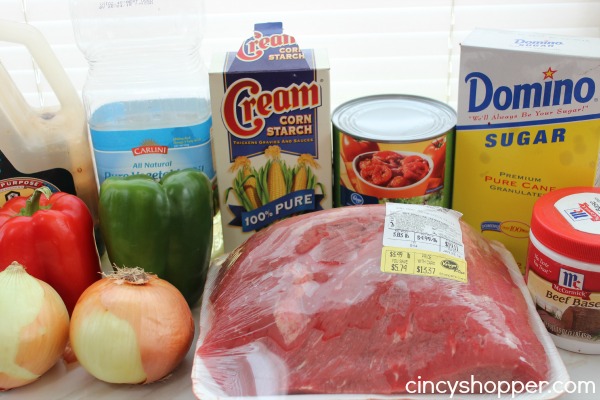 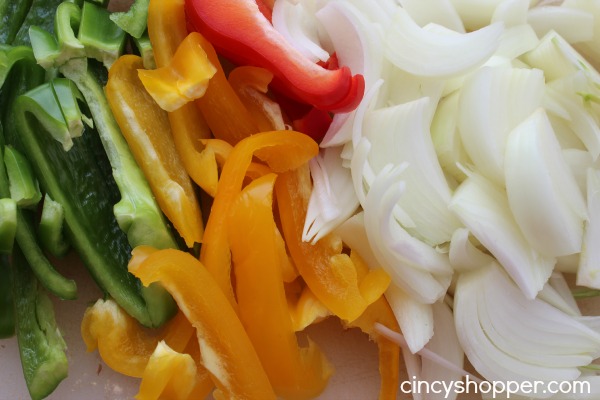 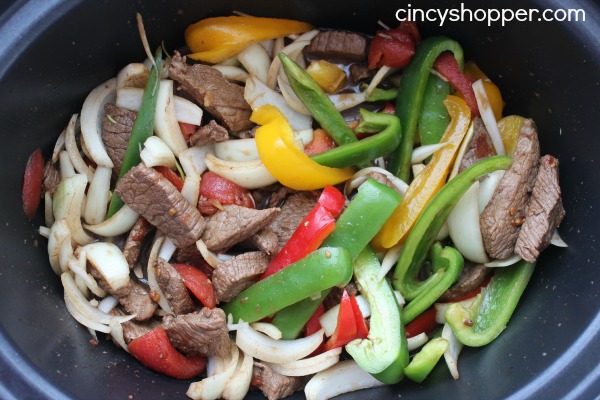 This Crock Pot Pepper Steak goes great with rice or I love it on egg noodles too! I am thinking I might cube the peppers and onions like take out next time ha ha! Then it will be more like take out. 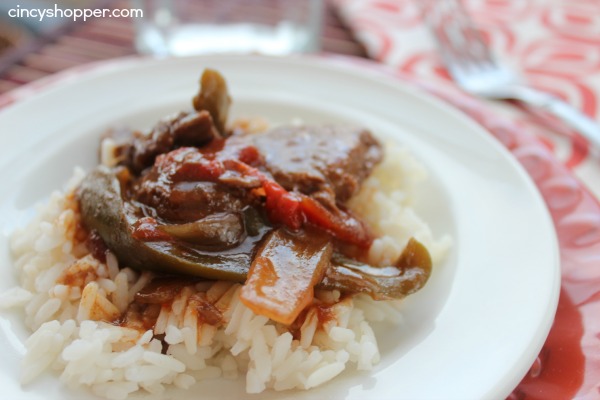