It’s fall, and this Cinnamon Apple Bread is sure to be your new favorite quick bread recipe. You will find the apple bread to be moist, loaded with chunks of chopped apple along with cinnamon spice. It’s great for breakfast, snack or dessert! 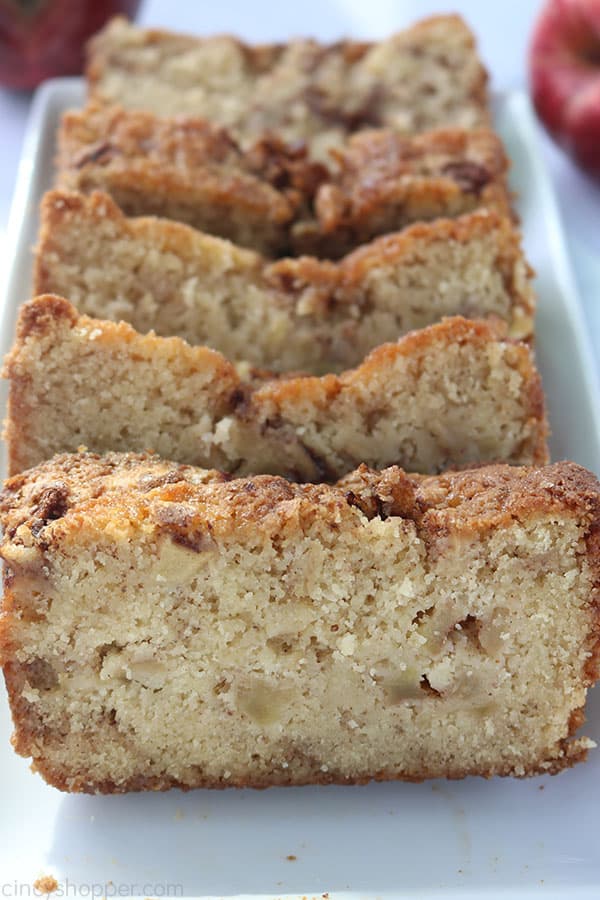 During the fall months, I make homemade bread quite frequently. Most of the time, it is Banana Bread or Zucchini Bread. But, fall is all about apples and pumpkins so, Pumpkin Chocolate Chip Bread or this Apple Bread are often baking in the oven too! 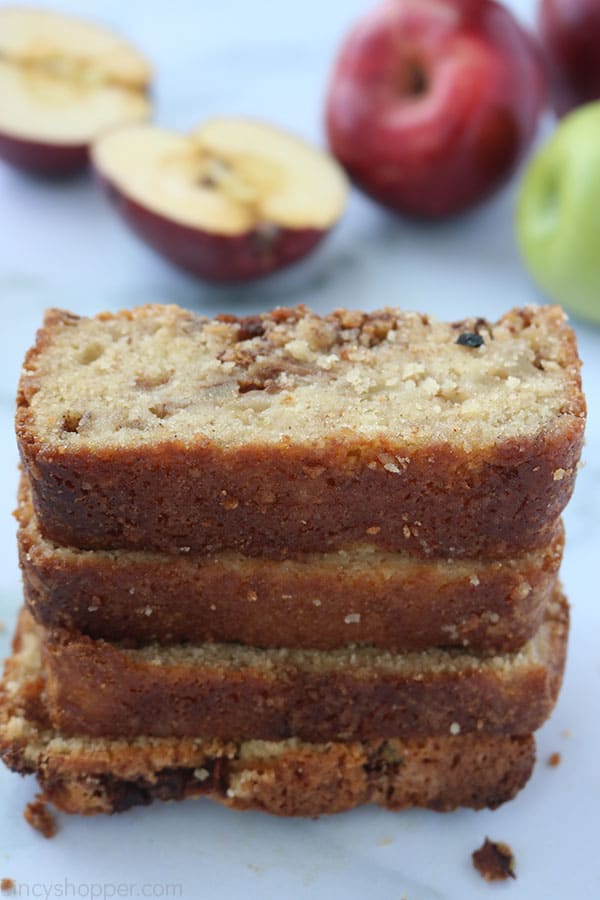 When combining brown sugar and cinnamon with apples, the flavors are always amazing. All three of these ingredients blend so well in this easy apple bread recipe. My family loves it for both breakfast and dessert! I frequently enjoy a slice or two with my evening coffee. 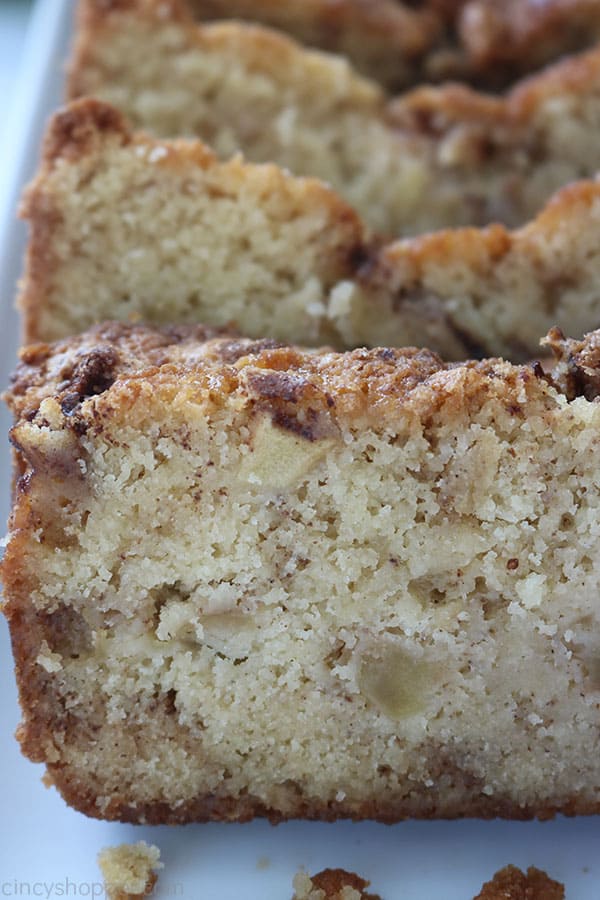 When I have homemade apple bread in the oven, my house smells fantastic. It almost smells like apple pie. But, there is no need to burn a fall scented candle when this deliciousness is baking. 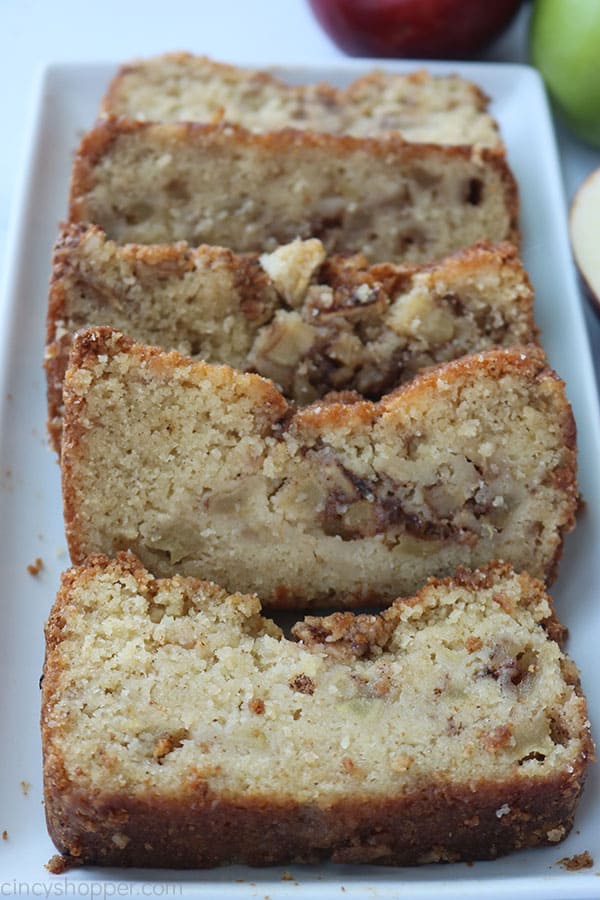 I would consider cinnamon apple bread to be a dessert. But, it’s great to serve as a bread offering at Thanksgiving and Christmas too. So, add it to your holiday bread list. 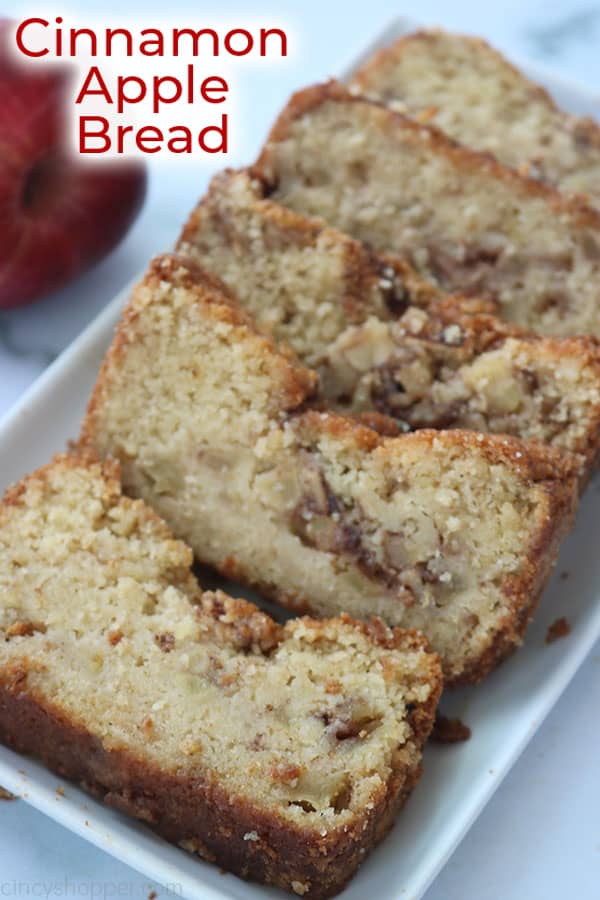 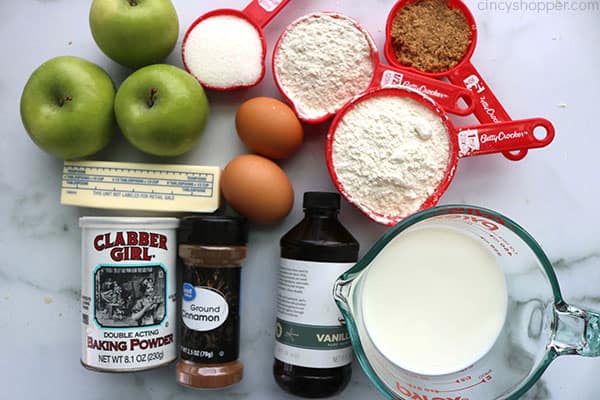 How to make Cinnamon Apple Bread

First, preheat oven to 350 degrees. Then, line a loaf pan with parchment paper and set aside. I used a 9×5 loaf pan. Now, in a small bowl mix together the cinnamon and brown sugar. Set to the side. 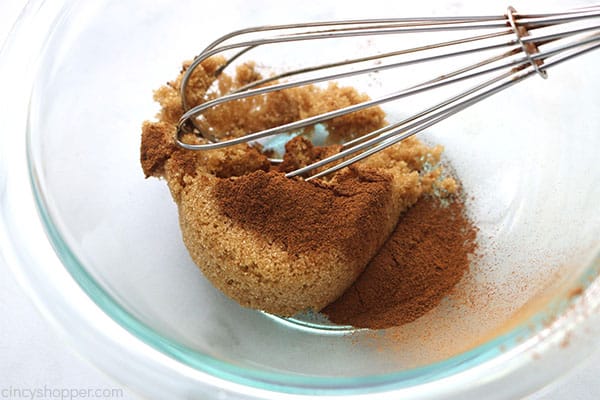 For the next step, add flour, baking powder, and salt to a medium-sized bowl. Whisk well and set aside. 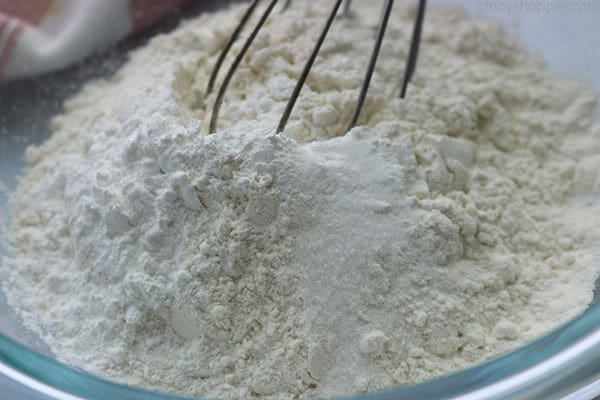 Next, you will need to core, peel, and dice the apples. Firm apples will work best because they bake better than soft varieties. I like to use Granny Smith Apples, Pink Lady, or Gala. Softer apples when baked become mush. 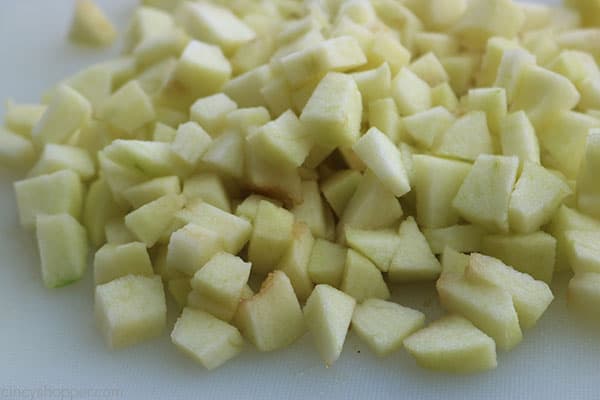 In a large bowl, cream together the butter, cinnamon, brown sugar, and white sugar. 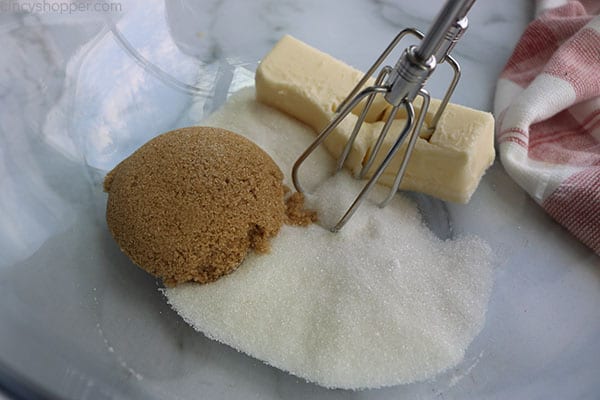 Then, add the eggs and vanilla. Using a hand mixer, beat on low to medium speed until well blended. 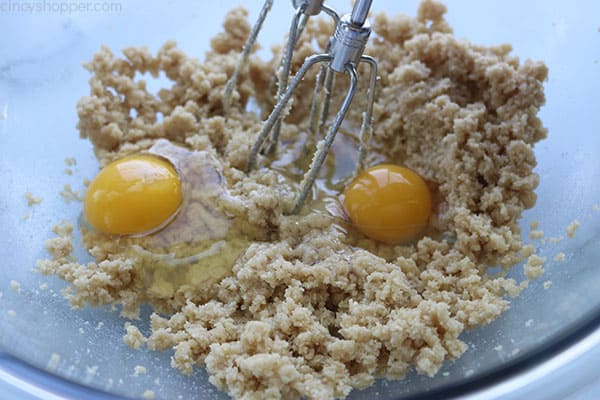 For the next step, you will need to gradually add half of the flour and half of the milk. Use a spatula to blend, being careful to not over mix. After blended, add the remaining flour and milk, and blend until incorporated again. 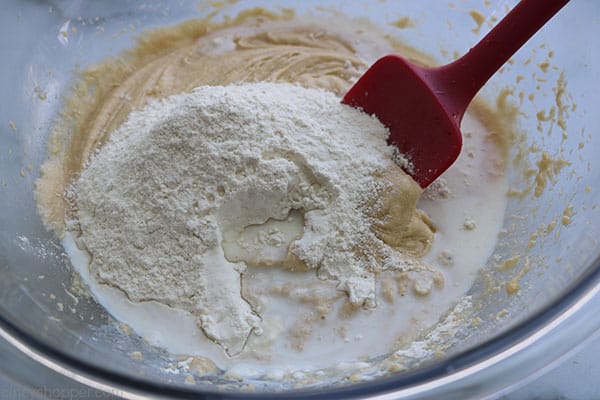 Now, go ahead and pour half of the batter into the prepared loaf pan. 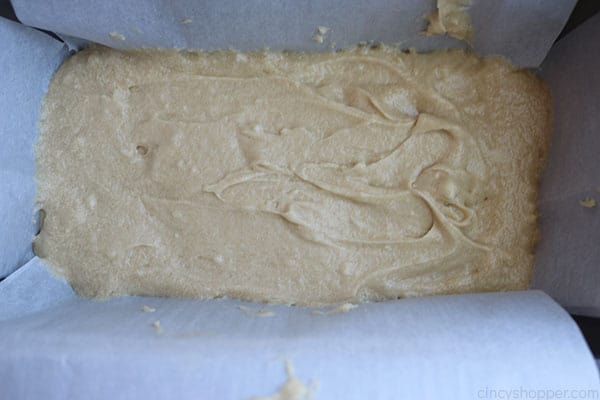 And, then top with half of the apples. 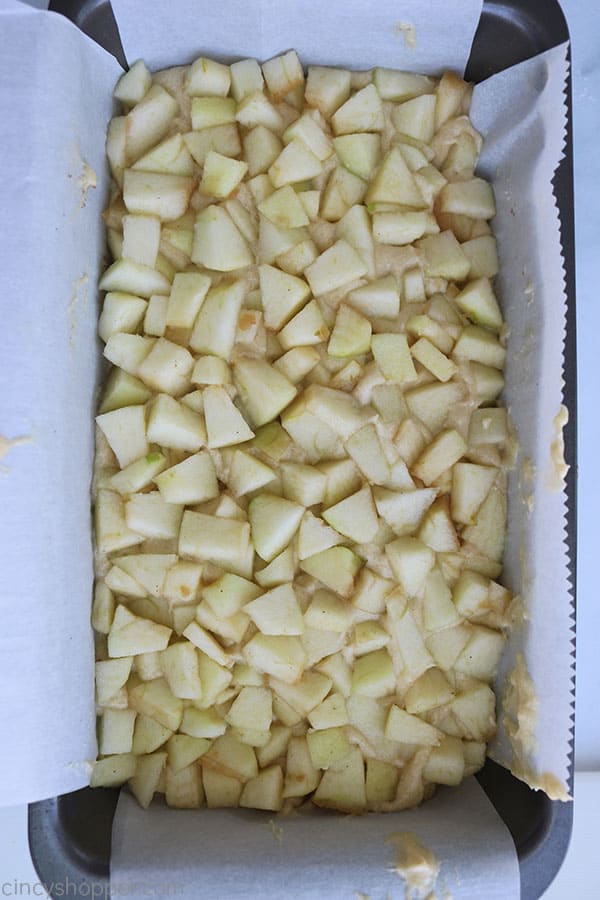 Top the apples with half of the cinnamon-sugar mixture. 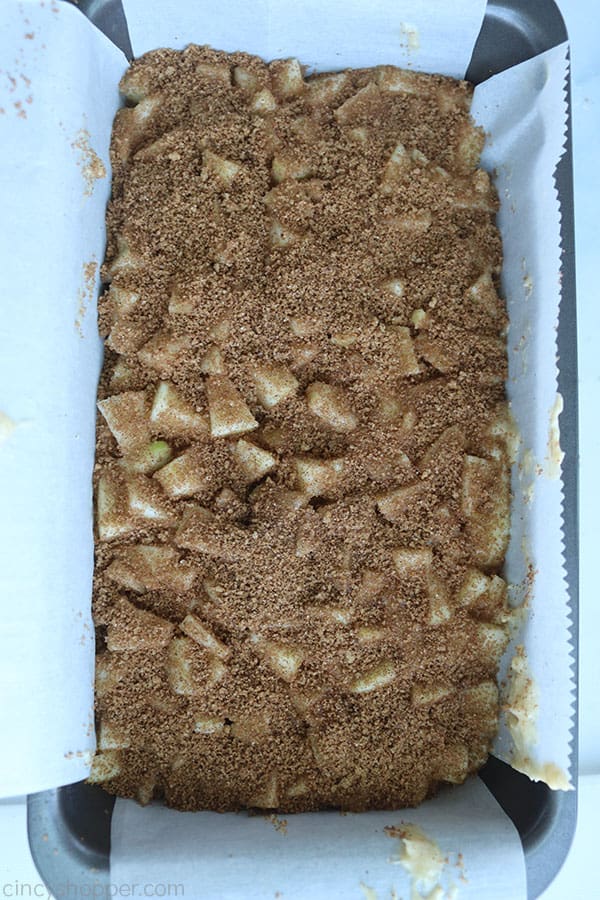 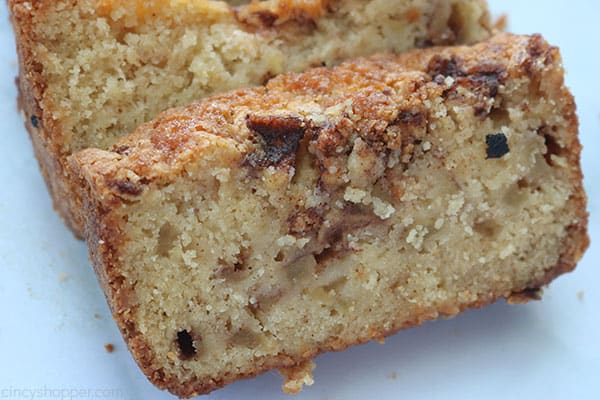 Can I freeze apple bread?

Sure, go ahead and make a loaf or two ahead of time.  Then, allow the bread to cool completely. It’s best to wrap the bread in plastic wrapping, before adding it to a zippered freezer bag to store.

Adapted from: Cookies and Cups and The Happier Homemaker! 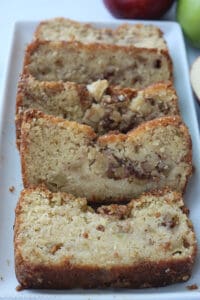 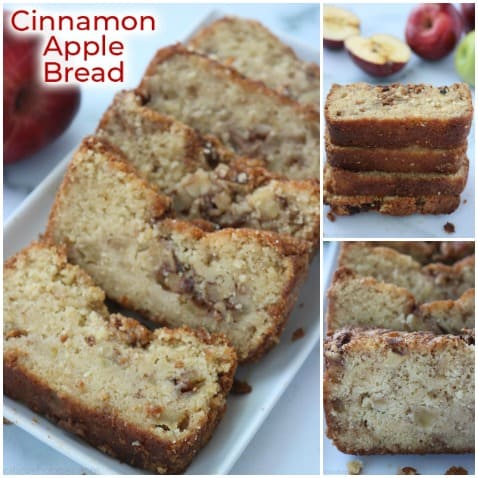