This Slow Cooker Apple Crisp is so easy to make! There’s no need to bake over a hot stove when you can make this Old Fashioned Crisp right in your Crock-Pot. You will find tender cooked sweetened apples with the best apple crisp topping. 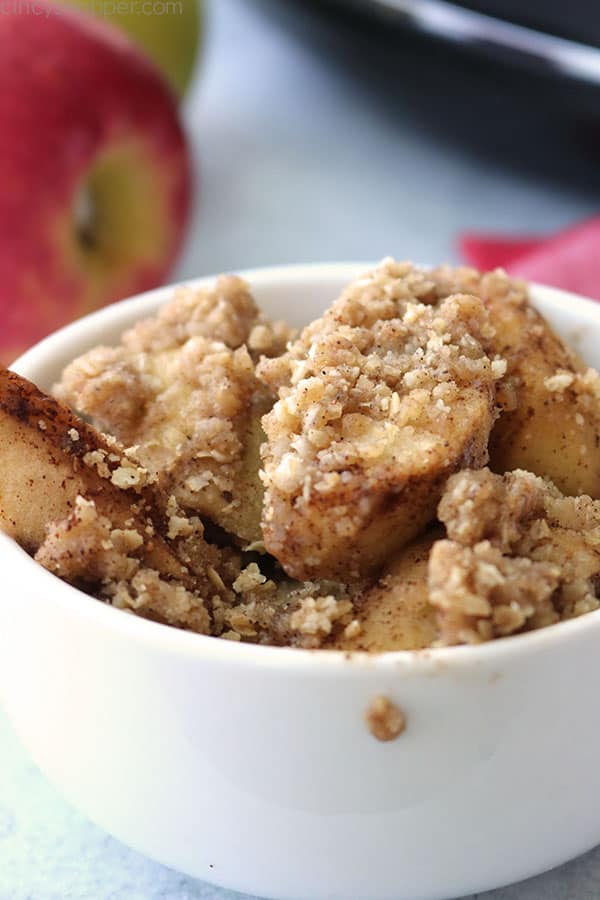 Apple Crisp is a classic fall dessert. You can bake it in the oven like I do with my Traditional Apple Crisp Recipe or use this Slow Cooker version to make it even easier. Both versions are delicious and require the same preparation. 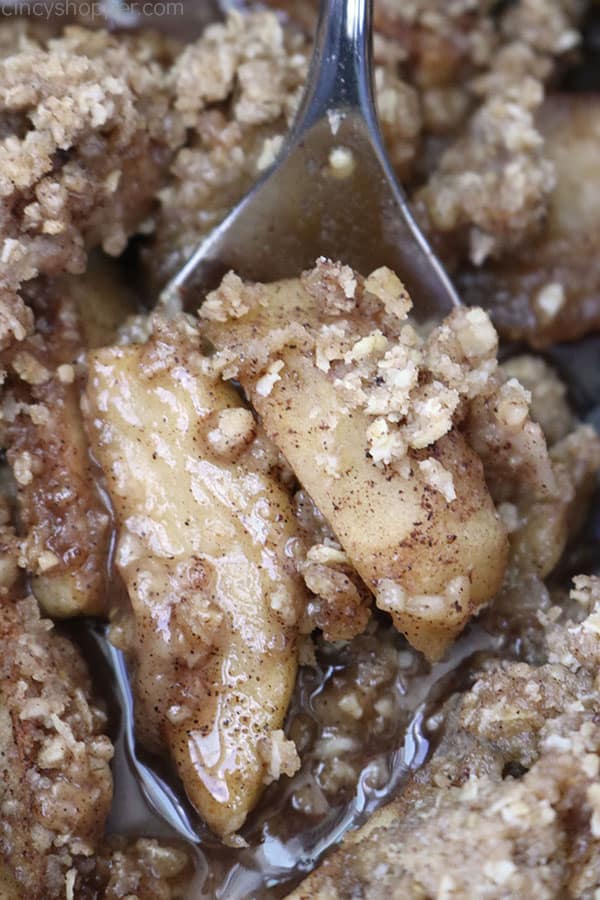 When I am cooking homemade apple crisp in the slow cooker, my house smells amazing. The apple and cinnamon scent will be lingers for hours. 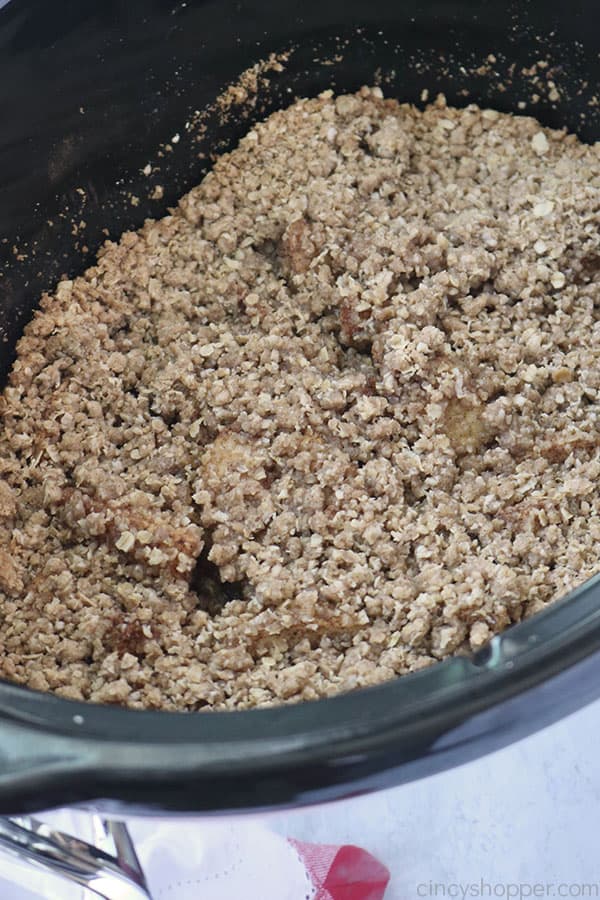 Traditional recipes are the best! Apple crisp is always so comforting, which makes it perfect for enjoying during the colder fall months. Consider serving crisp for Thanksgiving or Christmas dessert. Since we use the slow cooker, it’s simple to make ahead of time and reduces the space needed in the oven. 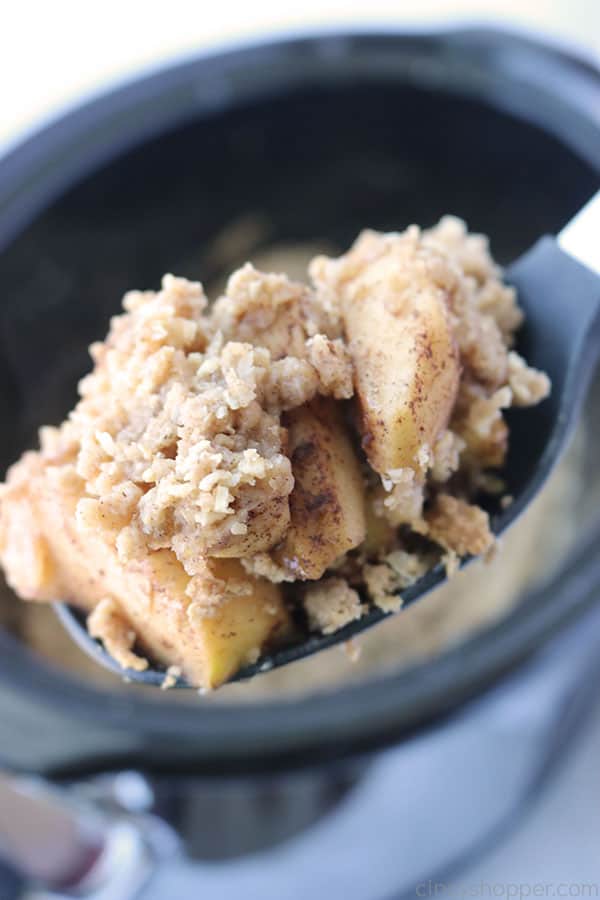 What apples are best for apple crisp?

I like to use Granny Smith apples just like I do in my Easy Apple Cobbler recipe. I prefer to use green apples because they slow cook well. The apple does not get mushy like some other varieties. A Pink Lady apple would also work well. 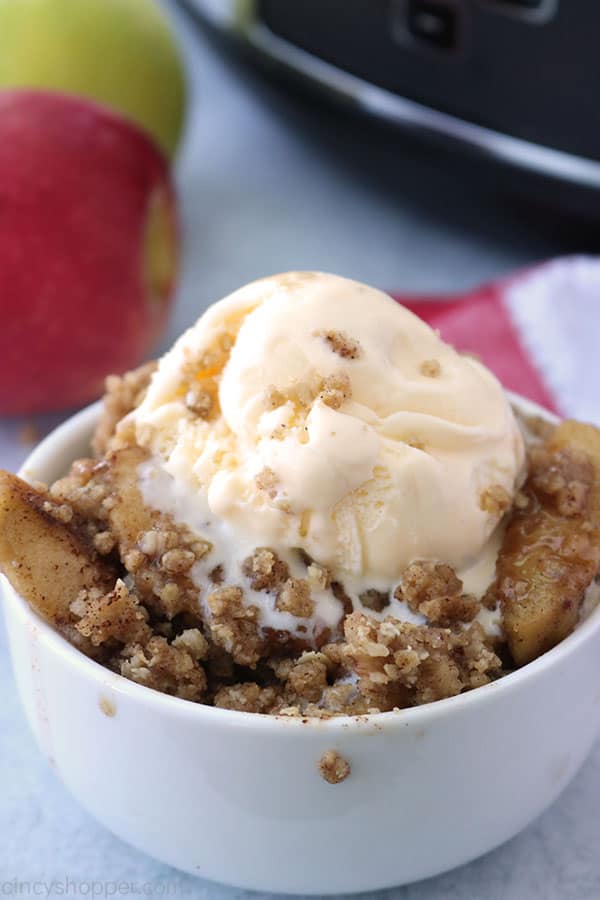 What oats do you use for apple crisp?

Quick oats or sometimes called 1-minute oats are perfect for this recipe. If you use regular cooking oats, the oatmeal will be uncooked, and the topping will not cook. 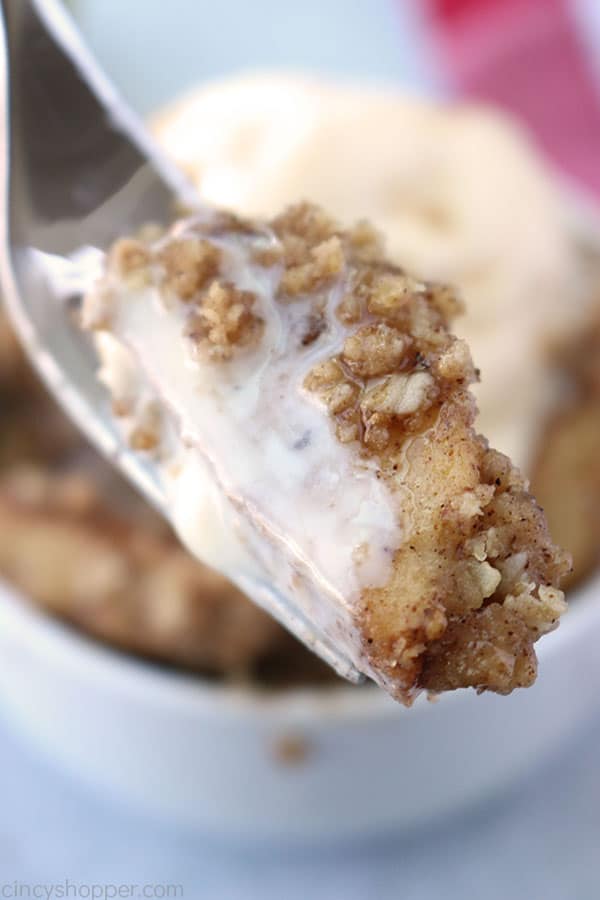 I am sure you are concerned the crisp topping would not be as good if made in an oven. Have no fear! The secret I share with you below for making this Slow Cooker Apple Crisp topping crunchy like an oven version should ease your mind.

Every single time I make this slow cooker version of apple crisp, it is delicious. I love the flavors and the bit of crunch from the topping. It’s tasty to enjoy cold or hot with a scoop of vanilla ice cream or Homemade Caramel Sauce. You will love it both ways. 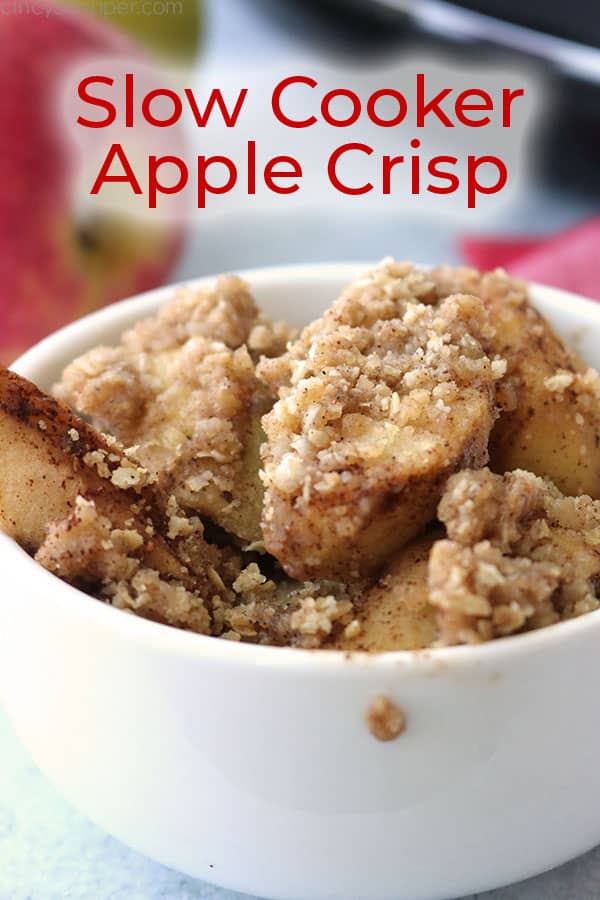 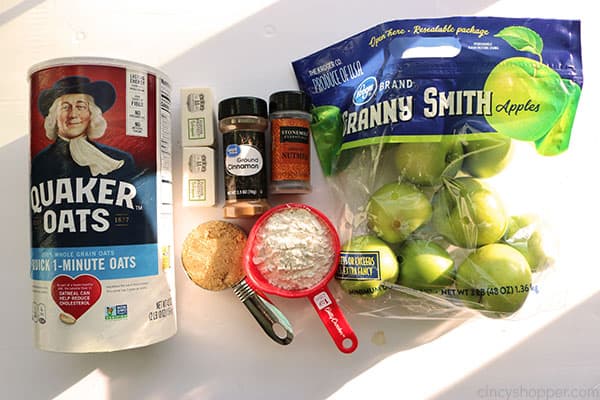 How to Make Apple Crisp in a Slow Cooker

First, peel and core the apples. Next, cut into approximately 1/4 inch thick slices. Add to a slow cooker. I used my 6-quart size. A 4 or 5 qt will work also. 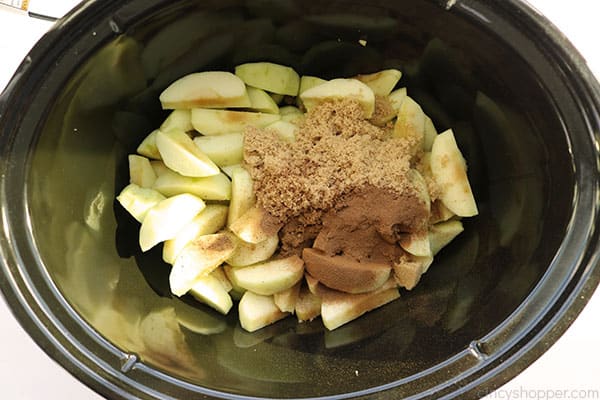 Then, toss in the sugar, brown sugar, cinnamon, and nutmeg. Grab a spatula or spoon and stir to coat the apple slices. 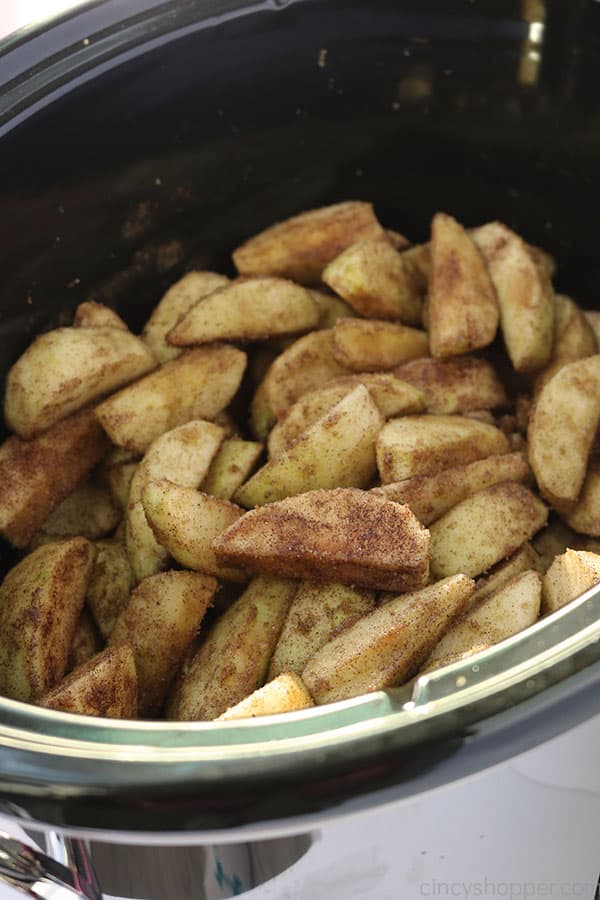 For the apple crisp oatmeal topping, you will add flour, quick oats, and brown sugar, and cinnamon to a medium-sized mixing bowl. And, mix to combine. 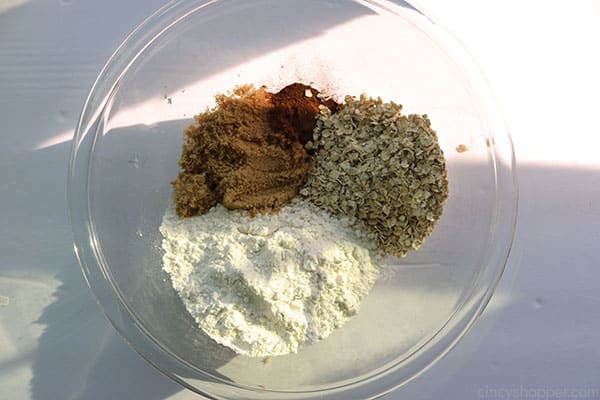 Then, with a fork or pastry cutter, cut in the butter until you have small pea-sized chunks. 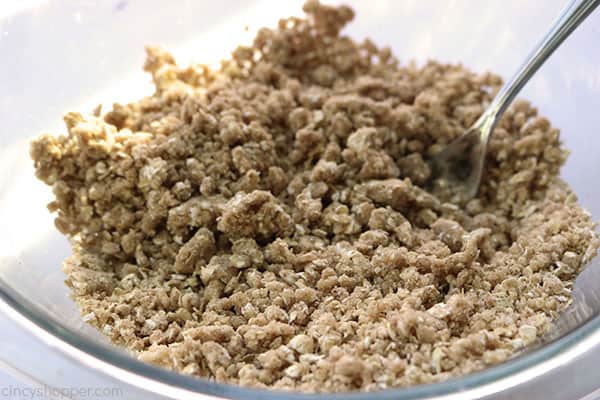 Add the topping for apple crisp on top of the apple mixture. 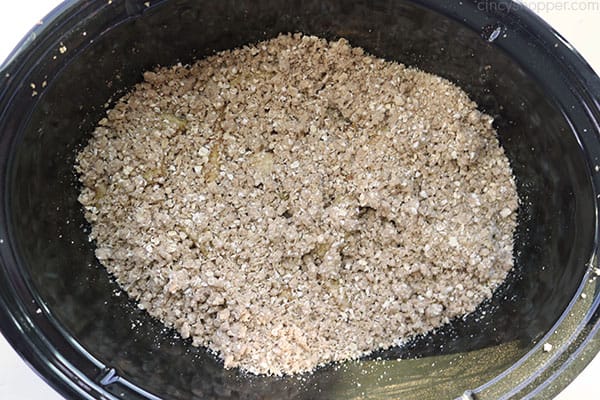 Grab some paper towels and set them on top. I like to do a double layer, which was about six select a size sheet). Then add the lid. The paper towels will collect all of the moisture the slow cooker produces. 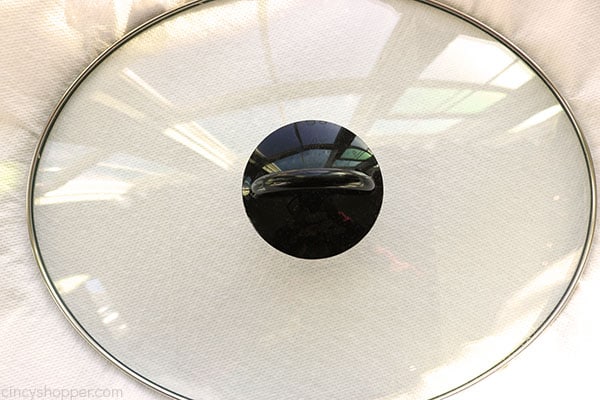 Now cook for about 2.5 hours on high or 4 hours on low. Remove the lid and paper towels, and your topping will be golden brown. 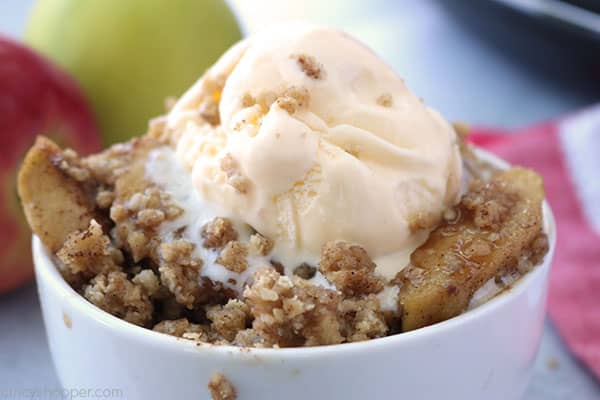 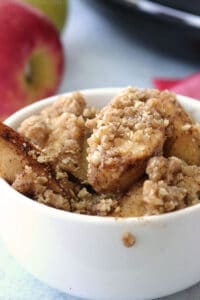 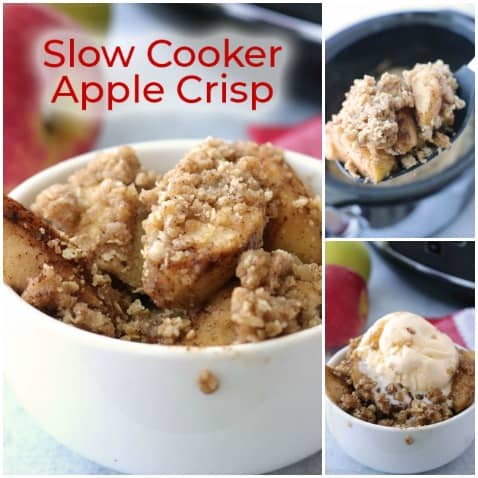 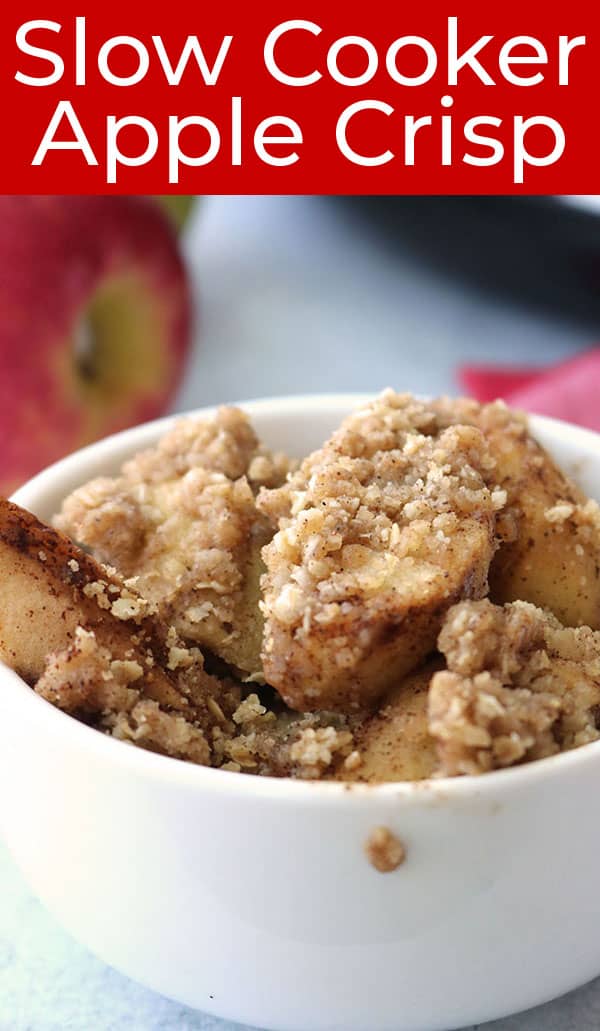