Check out this delicious No-Bake Cranberry Cream Pie! It’s attractive, so easy to make, and delicious. We start with a graham cracker crust, followed by a creamy and light cranberry filling, and then a layer of whipped topping. Serve it for Christmas or Thanksgiving dessert. 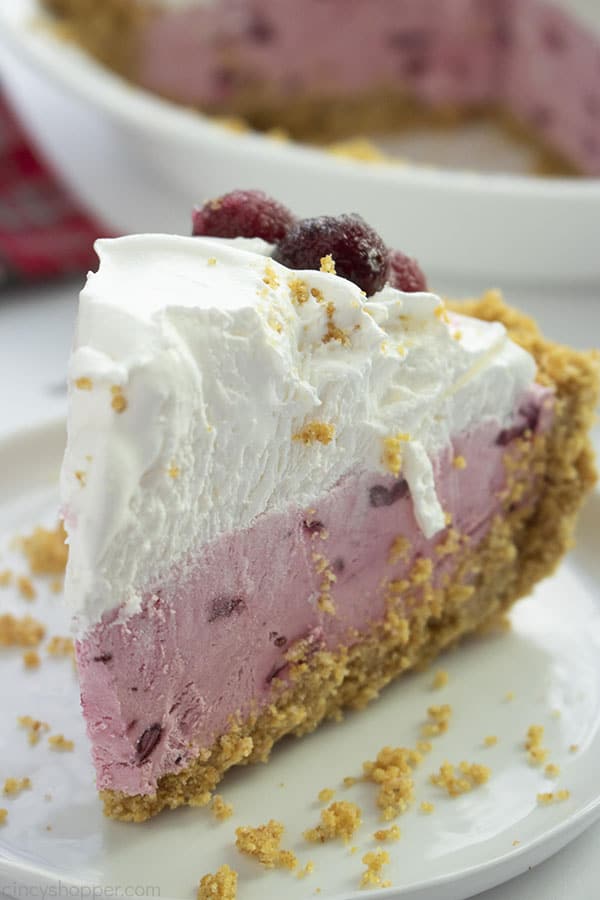 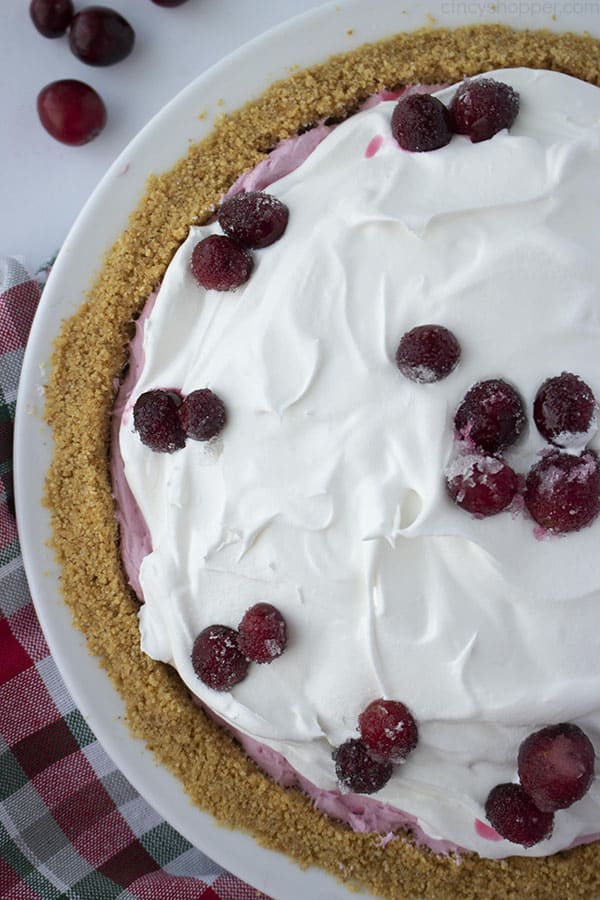 I made this pie three times last week. We needed one for a family get-together, another for Thanksgiving dinner, and also one for an additional dinner on Friday. We made it three times because it was a hit the first time I served it! 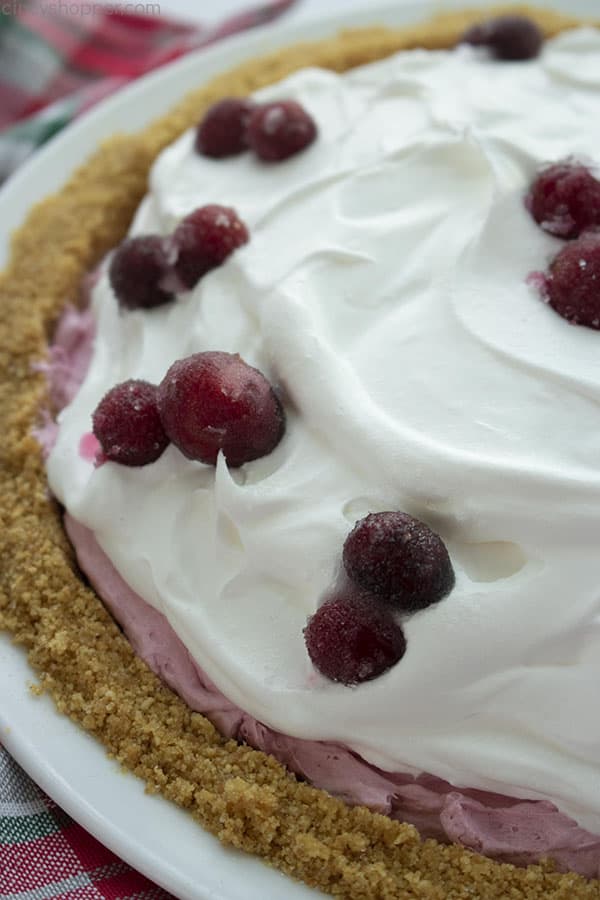 Everyone requested it again and then again — each time I received many requests for the recipe. It’s a light but flavorful pie. Even those who are not big fans of cranberry scraped their plates clean. 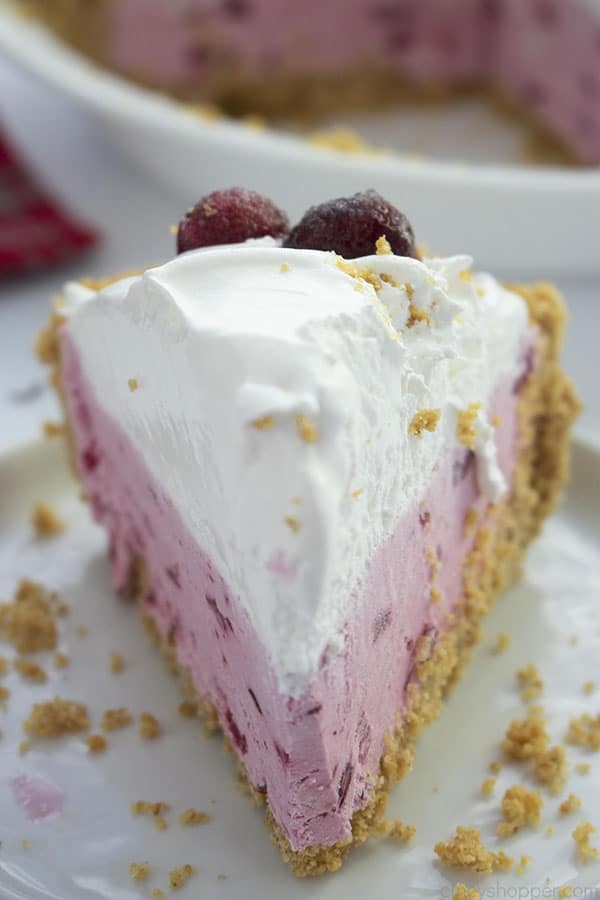 This Cranberry Pie starts with an easy graham cracker crust. I purchase the crackers already crushed. It makes the recipe that much quick and usually costs the same as the uncut versions. Graham crackers, sugar, and butter- so simple! 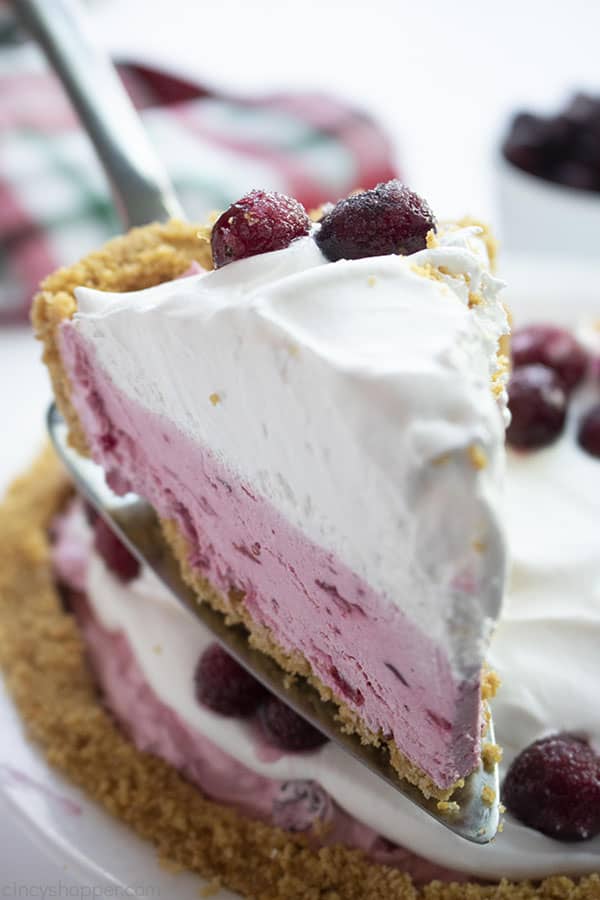 For the cranberry layer, I make a homemade cranberry sauce using fresh cranberries combined with cream cheese, sugar, and whipped topping. It’s very quick and easy to make. I have not made this pie with canned sauce. If you should decide to give it a try, leave us a comment. 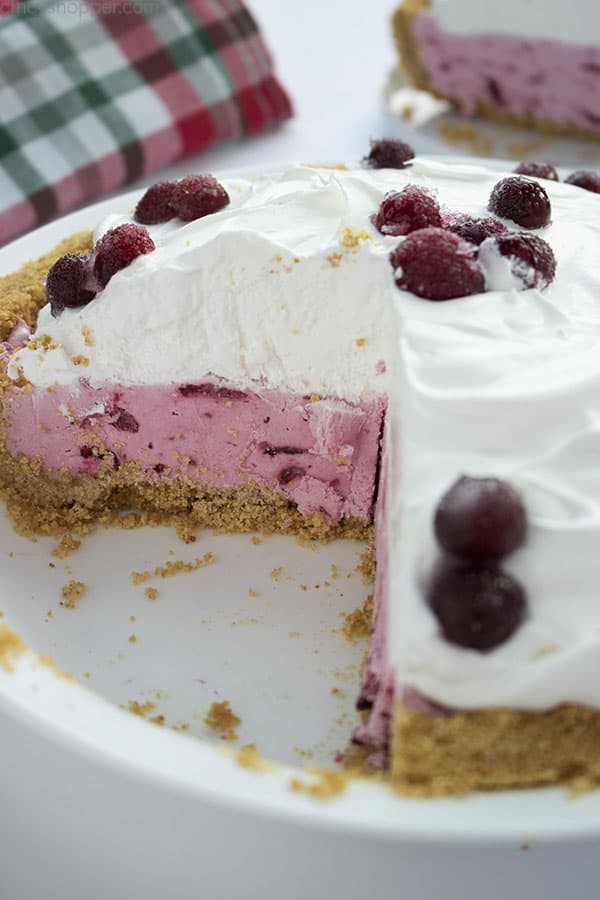 I use Cool-Whip topping in the filling and on the top of the Cranberry Cream Pie. I find it is more stable than traditional homemade whipped cream, allowing you to make it ahead of time. 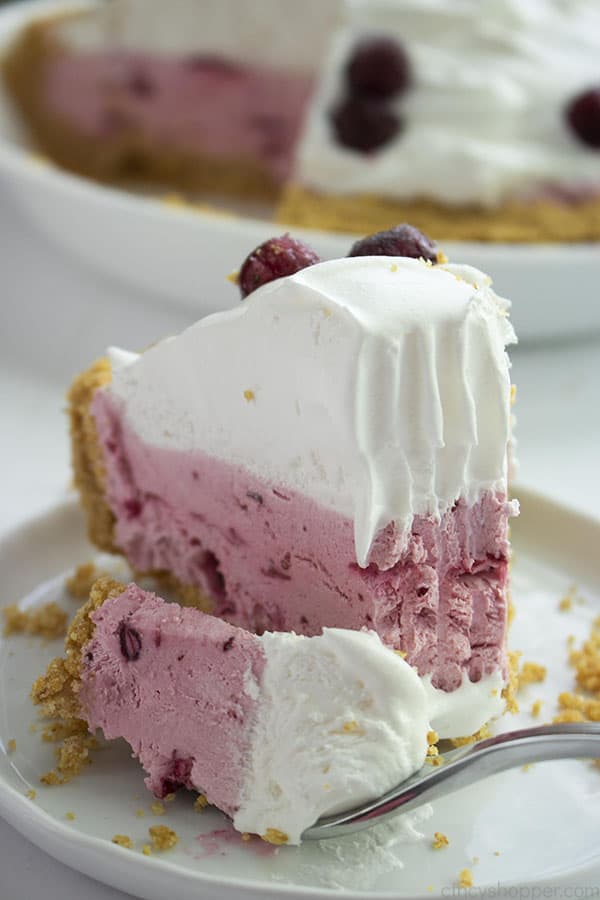 You can garnish the pie or leave it without any additional topping. I used some of my Sugared Cranberries. They dress it up a little and are quite tasty too 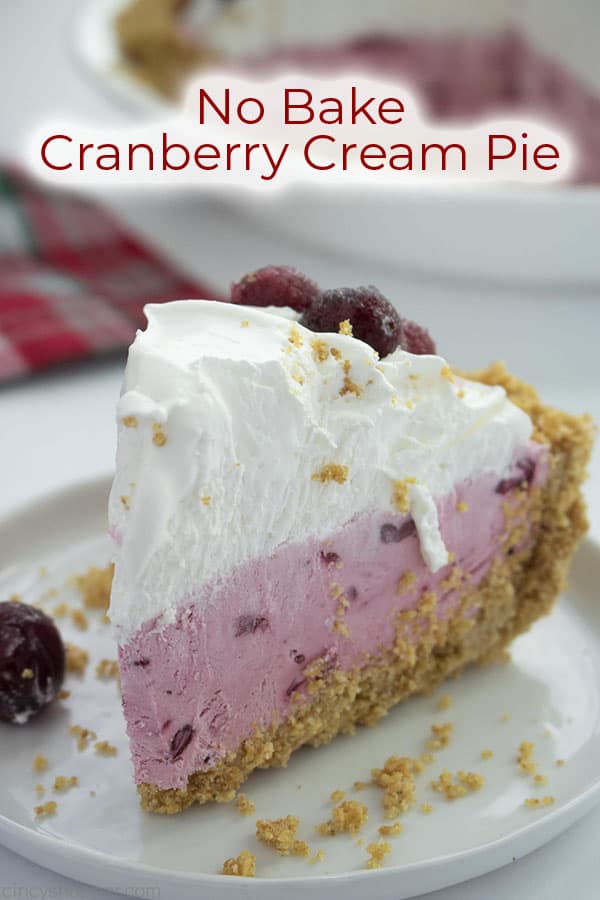 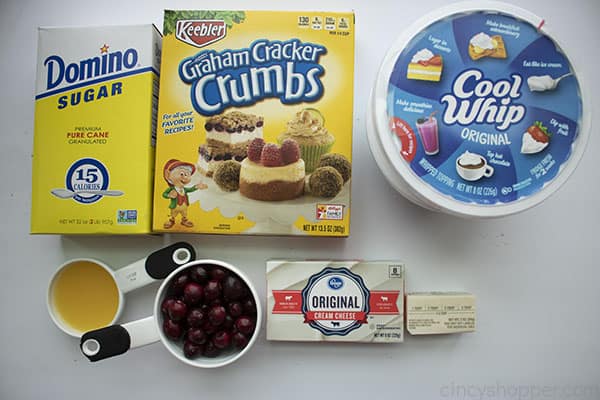 How to Make No Bake Cranberry Cream Pie

First, heavily grease a 9-inch pie pan and set aside. Then, add crushed graham cracker crumbs to a medium-sized bowl. Now, add the sugar and butter and mix until combined. 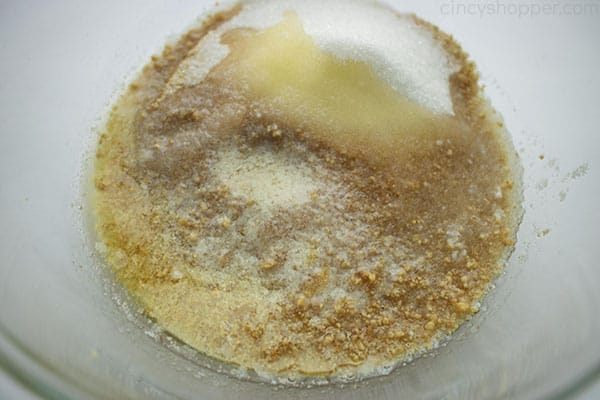 Next, add the graham cracker mixture to prepared pie pan. I use a measuring cup to press the bottom and sides. Using it works better than hands, keeping the crust even and formed. Place in refrigerator for about 30 minutes to set. 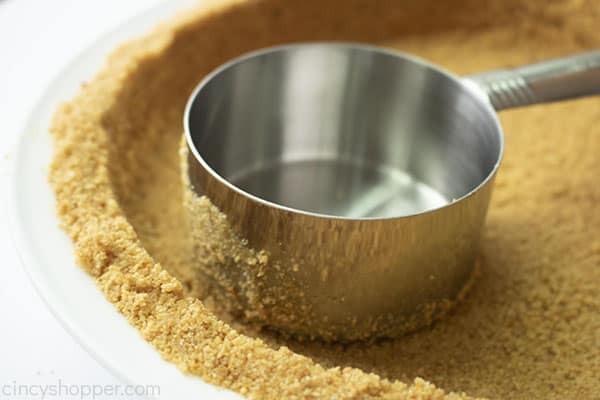 In a small saucepan, combine the cranberries, sugar, and orange juice. Bring to a boil over medium heat. Then, reduce to medium-low and cook until gelatin texture has formed. Now, allow the sauce to cool. 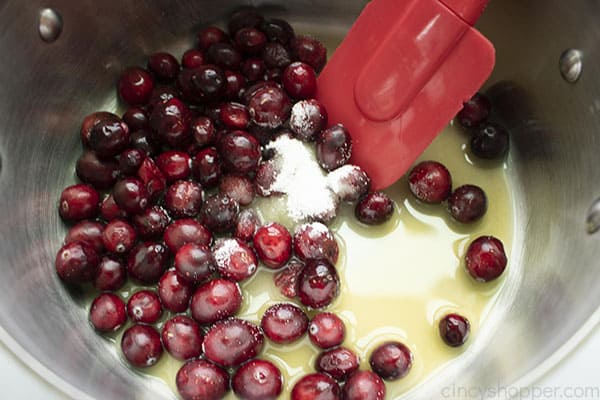 In a medium bowl, beat cream cheese until creamy. 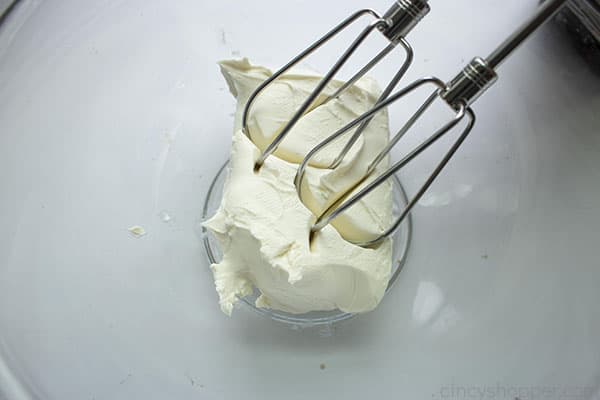 Then, add the vanilla and sugar. Now, beat until smooth. 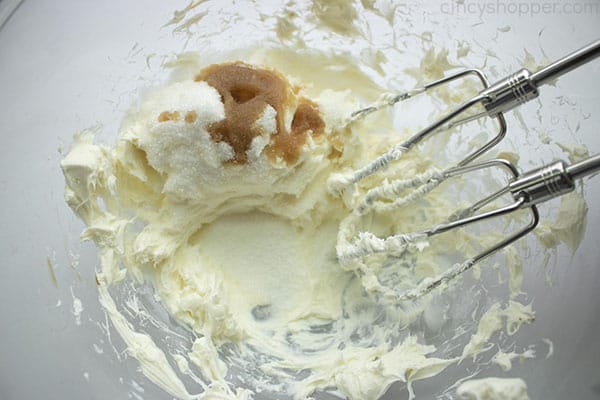 After cranberry sauce has cooled, add it to the cream cheese mixture. Using a hand or stand mixer, beat until well combined. 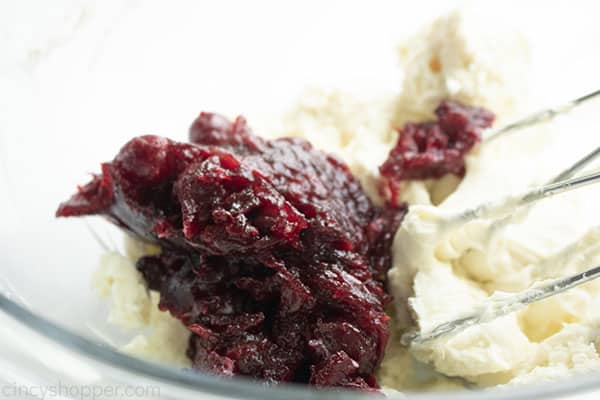 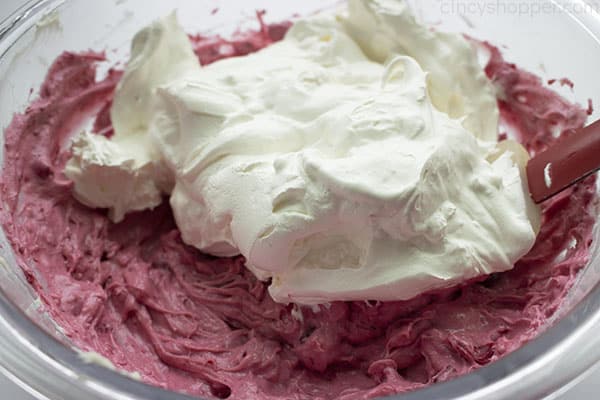 Now, spread the mixture over prepared pie crust. Add any garnish you choose. 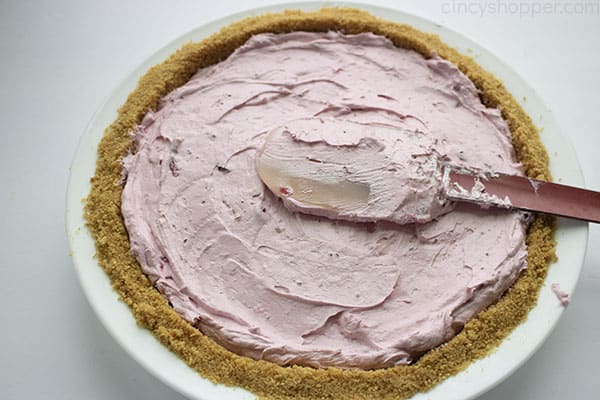 Refrigerate for about an hour or two before serving. 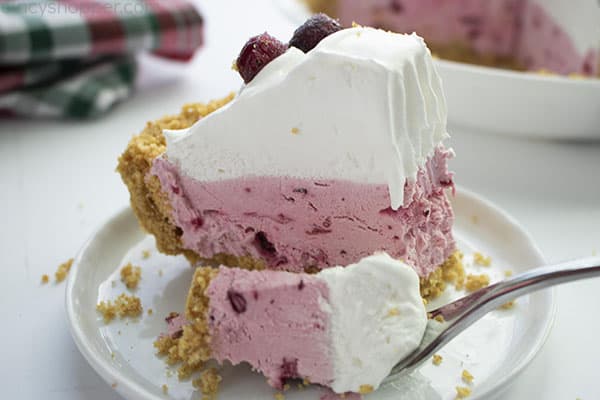 You can also freeze the pie if making ahead of time. 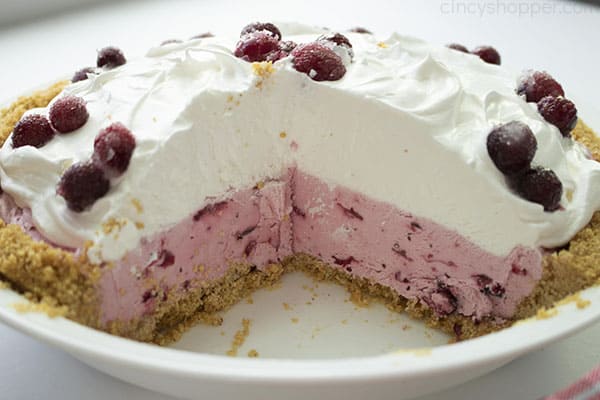 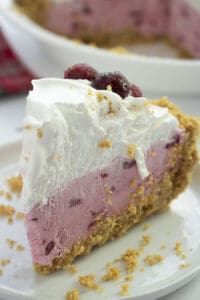 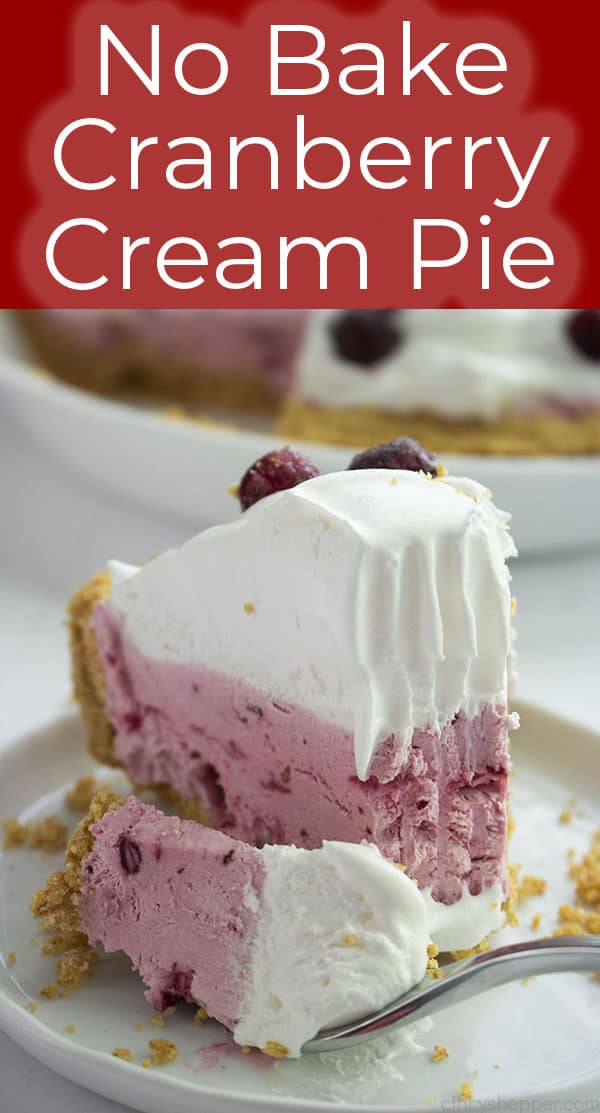 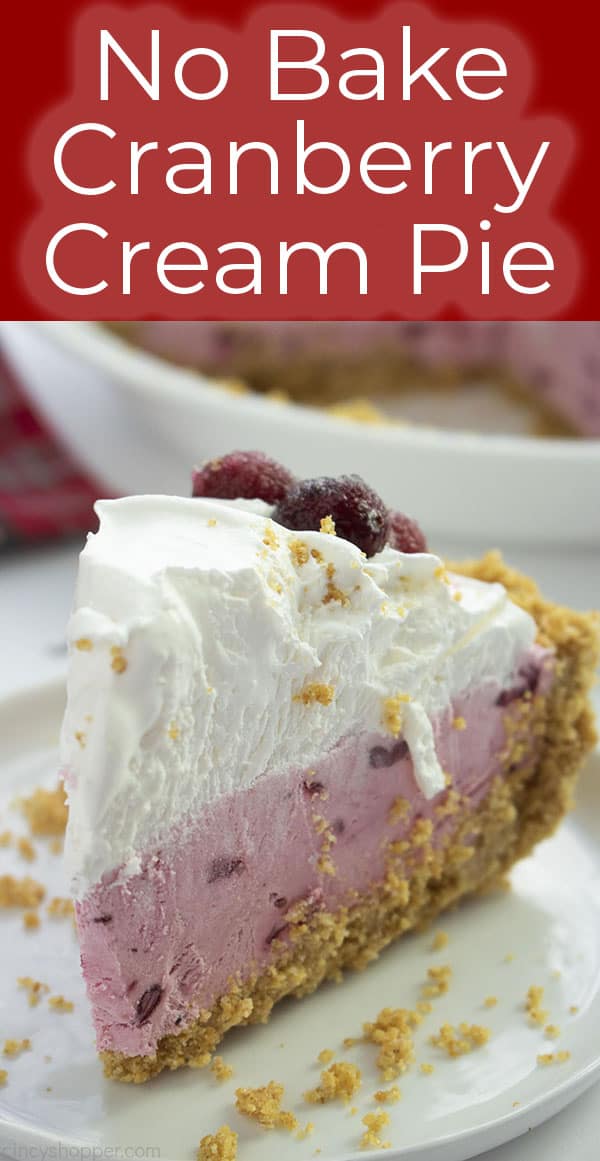 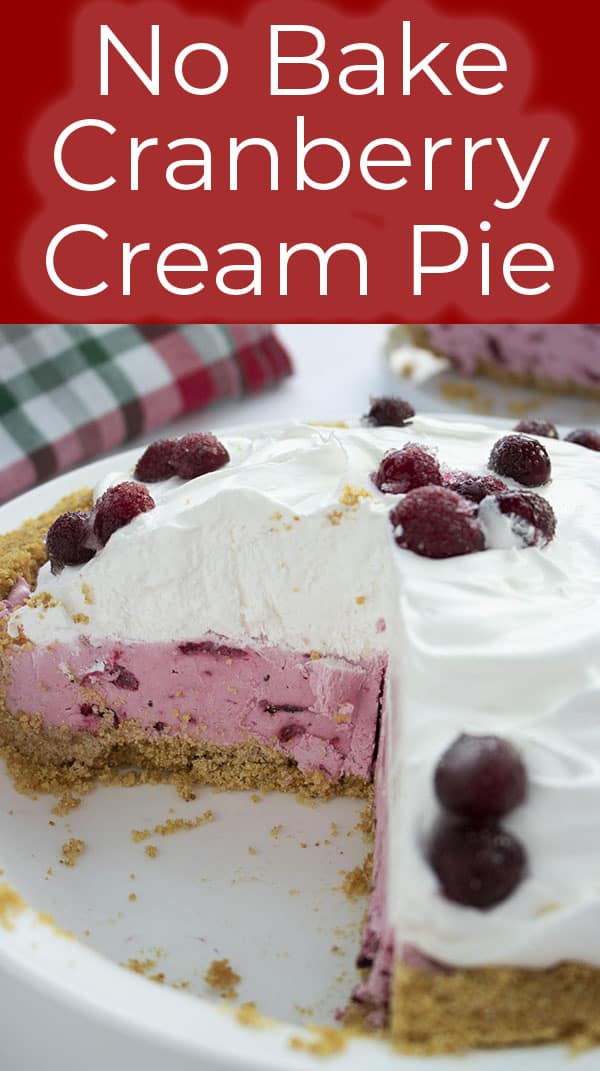