If you are looking for a comforting fall dessert, this Easy Pear Crisp recipe is fantastic. There’s nothing better than sweet cinnamon baked pears with a crunchy oat topping. Serve it with or without a scoop of vanilla ice cream. 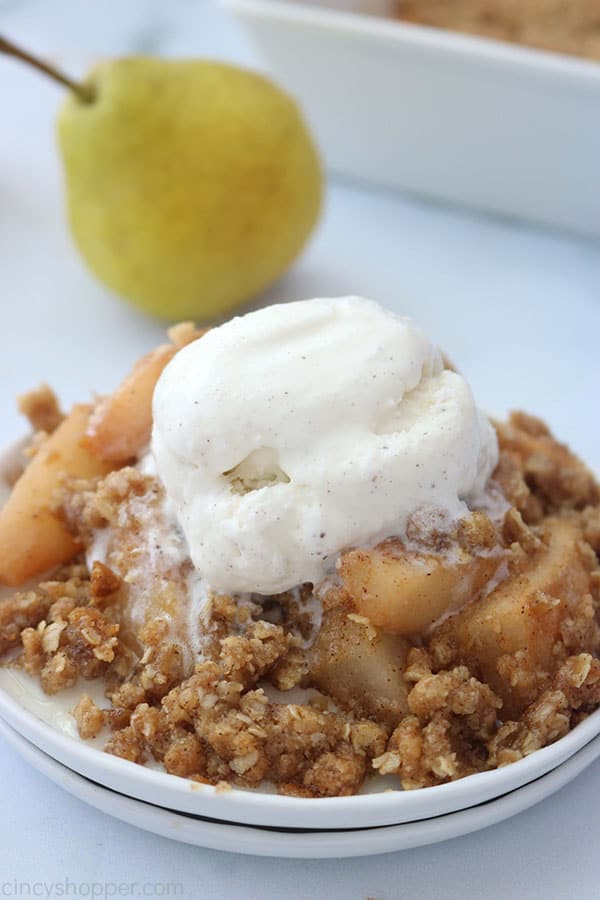 During the fall months, I like to make different crisp recipes. Usually, I make our favorite Apple Crisp. But, my son’s therapist blessed us with some fresh pears a couple of weeks ago. I knew they would make a perfect fall Pear Crisp. 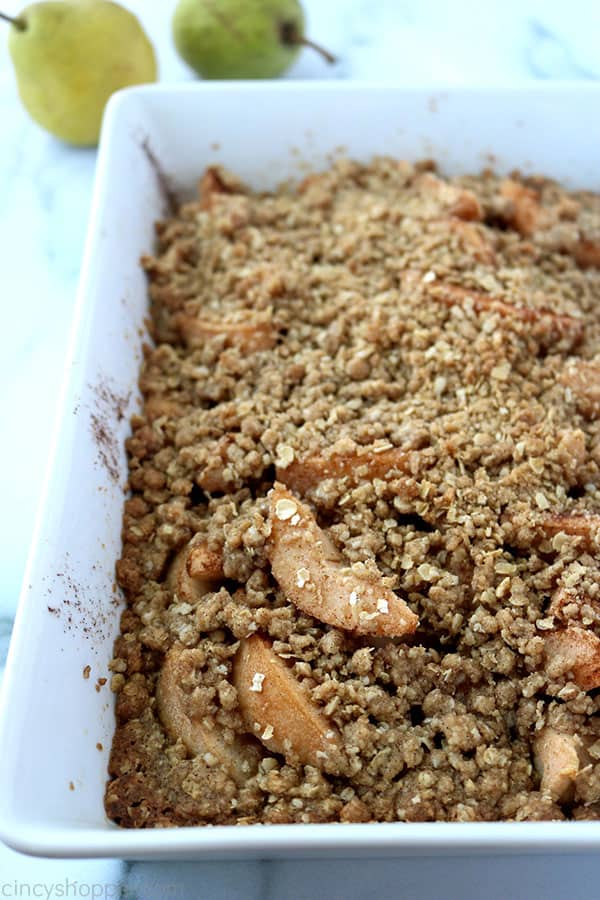 Pears are in abundance at the grocery stores right now. They always are when fall arrives. So, stock up next time you do some shopping then make this delicious pear dessert. It will not disappoint. 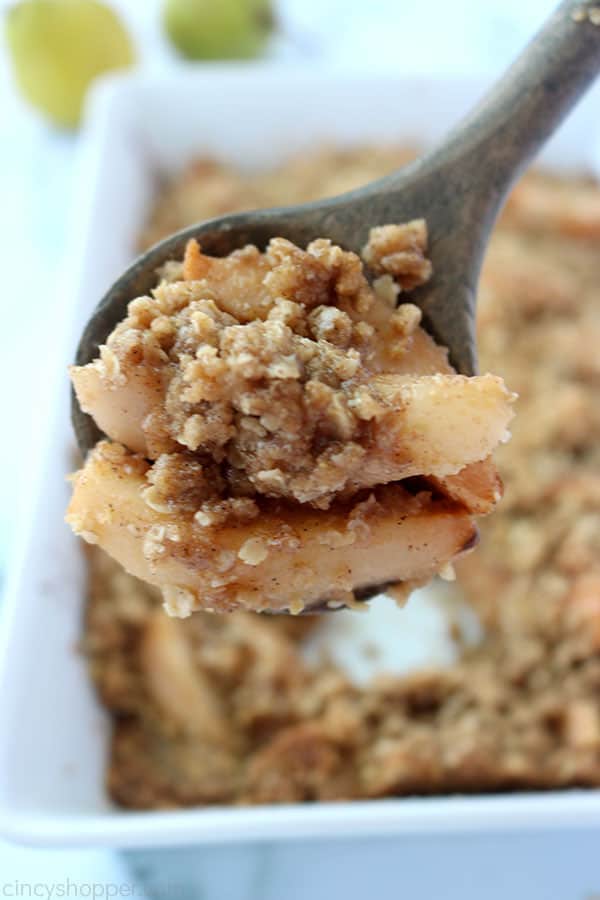 The recipe is so easy and requires minimal effort. I can have it ready for the oven in just a few minutes. And, my home always smells of fall when it bakes. 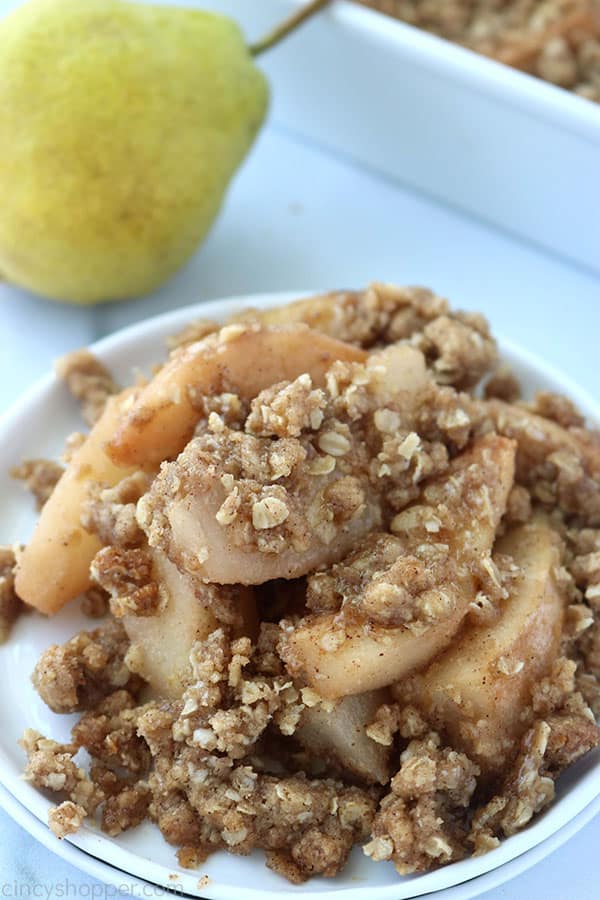 I prefer Pear Crisp served warm. But, it is always tasty when served at room temperature too! I scoop of ice cream makes it incredible. 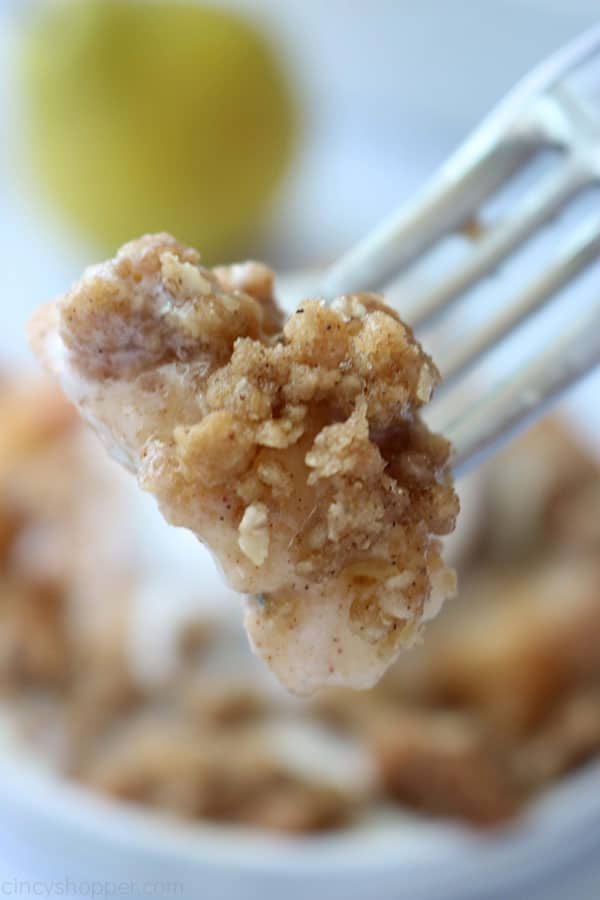 Pear dessert recipes are the BEST! They are great for fall and winter. I typically make pear recipes the most during the Christmas holiday. Easy Pear Crisp is perfect for a holiday dessert. It’s always a hit! 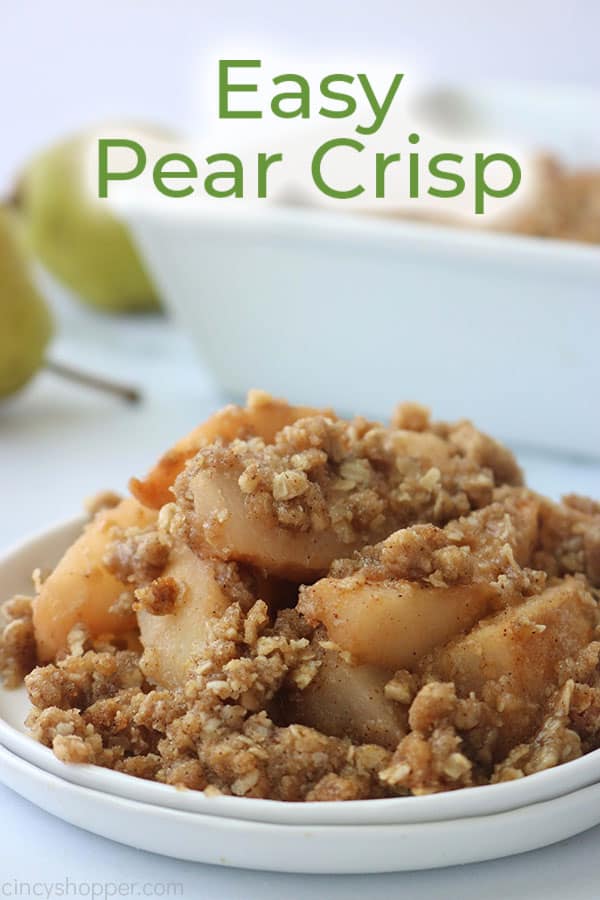 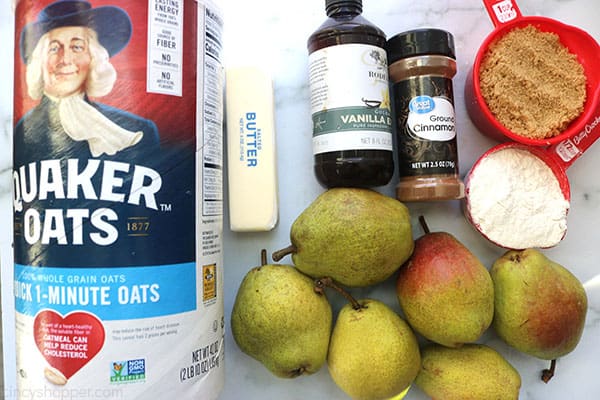 How to Make Pear Crisp

First, you will need to preheat the oven to 375 degrees. Then, heavily grease a baking dish with shortening or butter. I like to use Crisco. I typically use an 8×10 sized baking pan.

After peeling and slicing the fresh pears, add them to the prepared dish. Next, sprinkle cinnamon on the sliced pears. 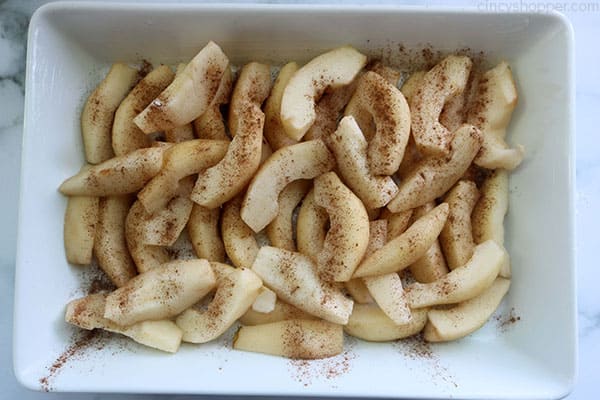 In a medium bowl, combine the Flour, quick-cooking oats, brown sugar, and cinnamon. 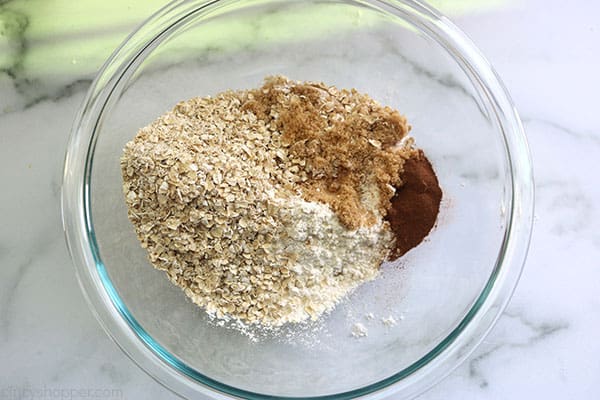 Then, add the vanilla and cold butter. 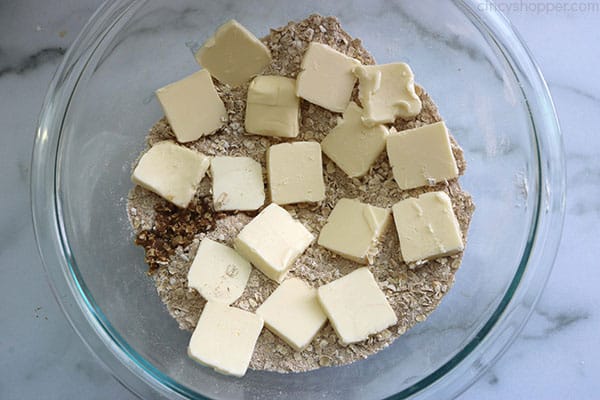 Next, use a pastry blender or two forks to cut in the butter. 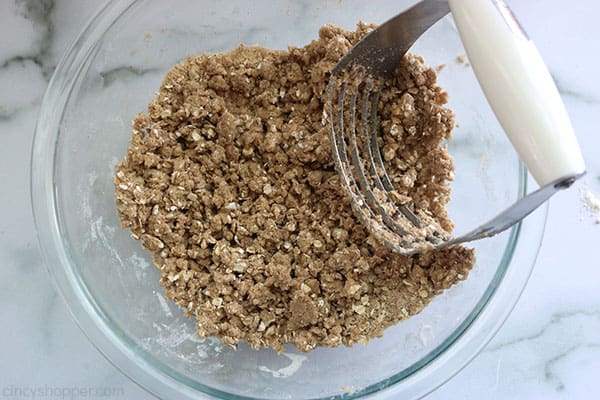 Sprinkle topping on the prepared pears. 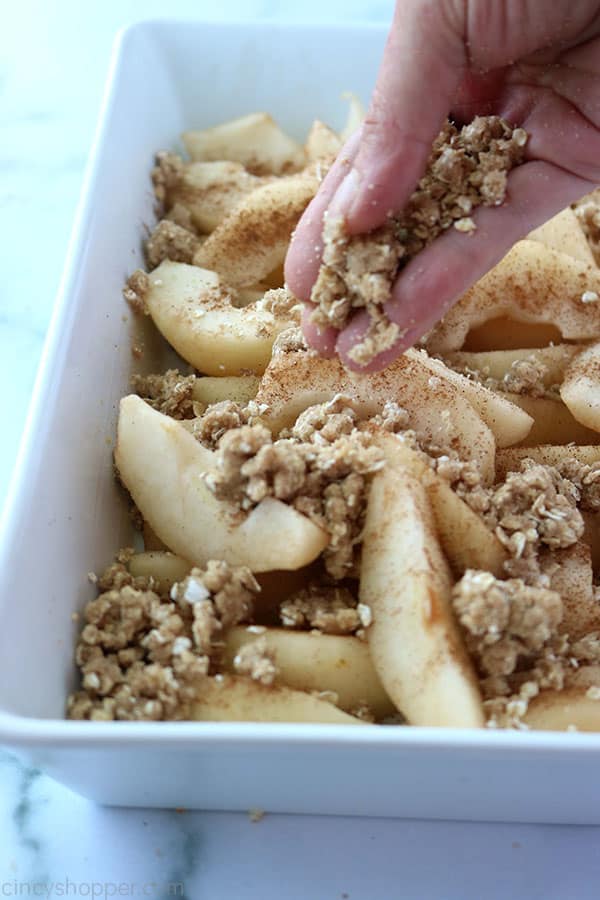 Bake for 30- 35 minutes until topping is golden brown. 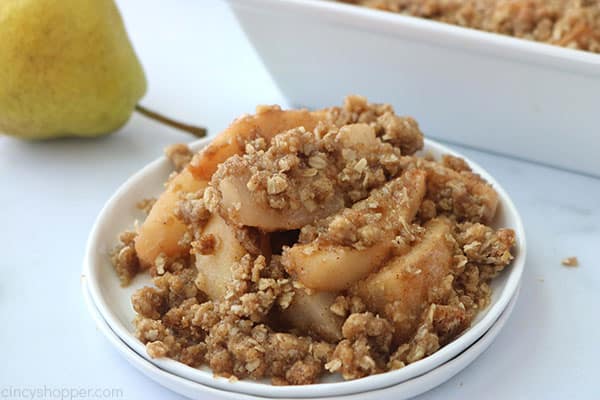 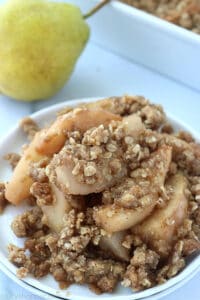 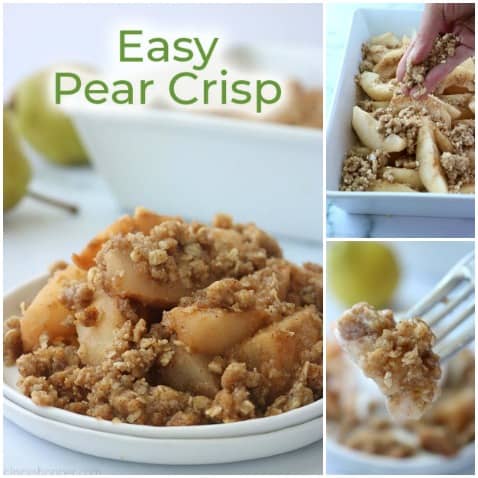 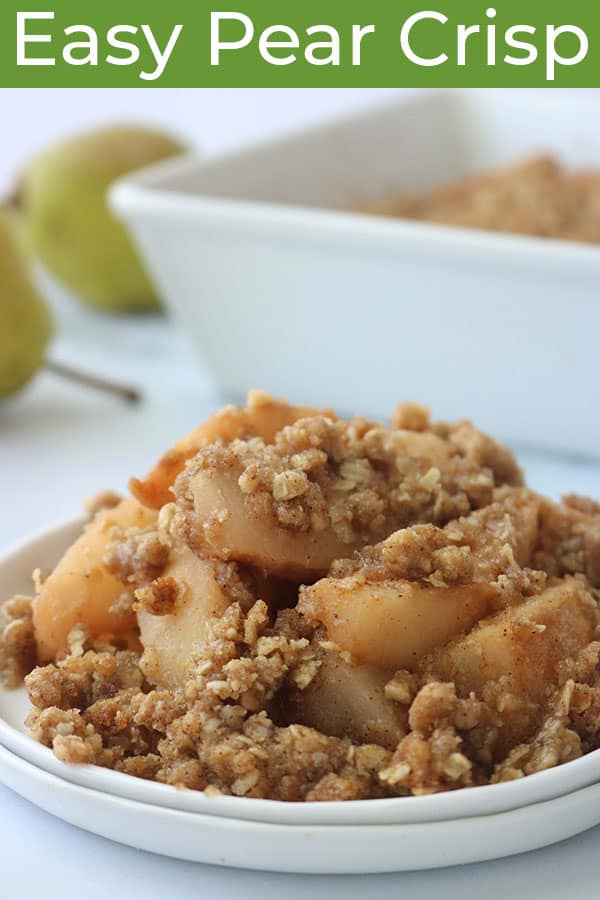