This Dutch Apple Pie with streusel topping will quickly become your favorite pie. It starts with an easy flaky deep-dish pie crust, then filled to the brim with homemade apple pie filling, and topped with a delicious and buttery crumb topping. 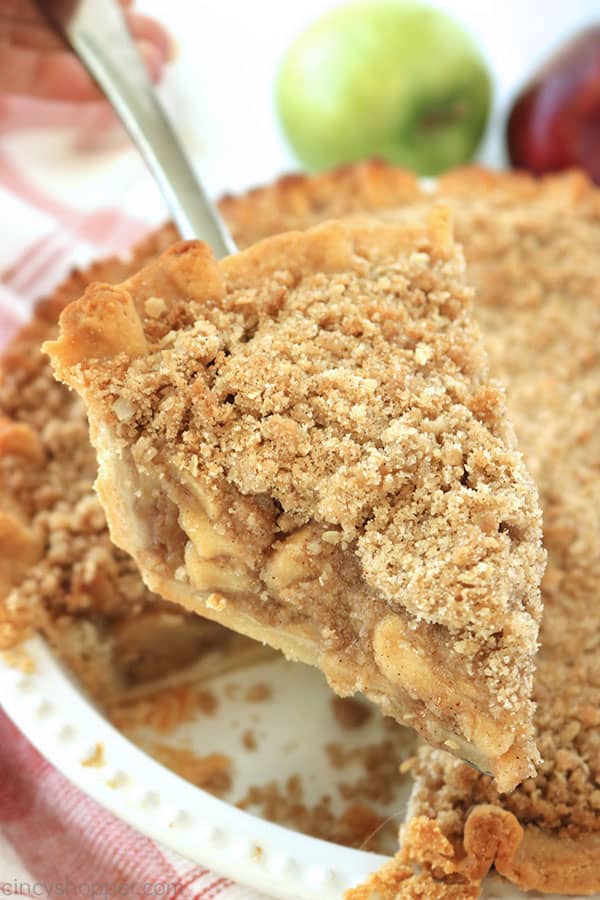 No holiday dinner is complete without homemade apple pie. We make this pie every year for Thanksgiving dessert. It’s impressive when topped with whipped cream or a big scoop of vanilla ice cream. But, the extra toppings are not needed. So, any way you choose to serve it, it will be delicious. 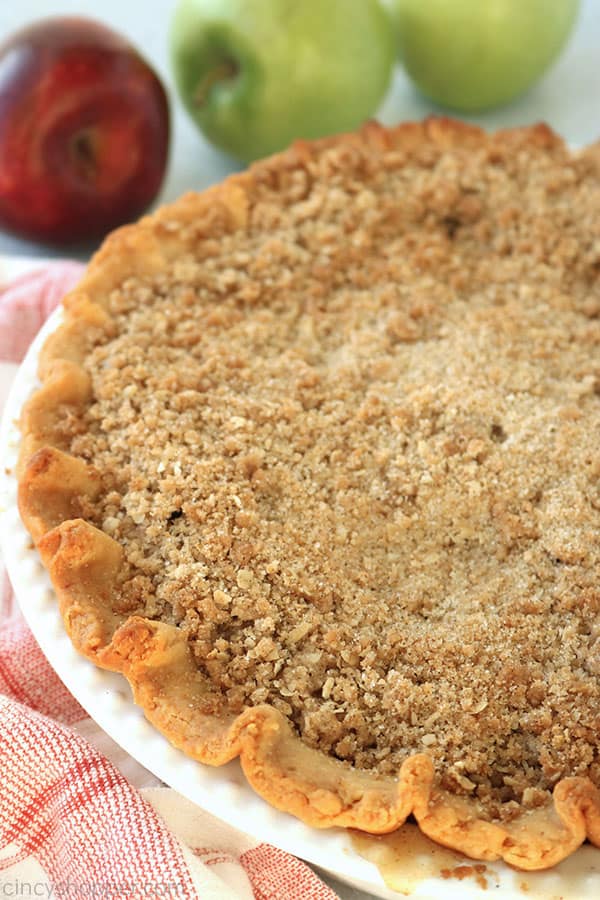 Apple Cobbler and Apple Crisp are so comforting during the fall and winter months, but this Dutch Apple Pie is the ultimate comfort food. Your entire family is going to love how comforting it is. 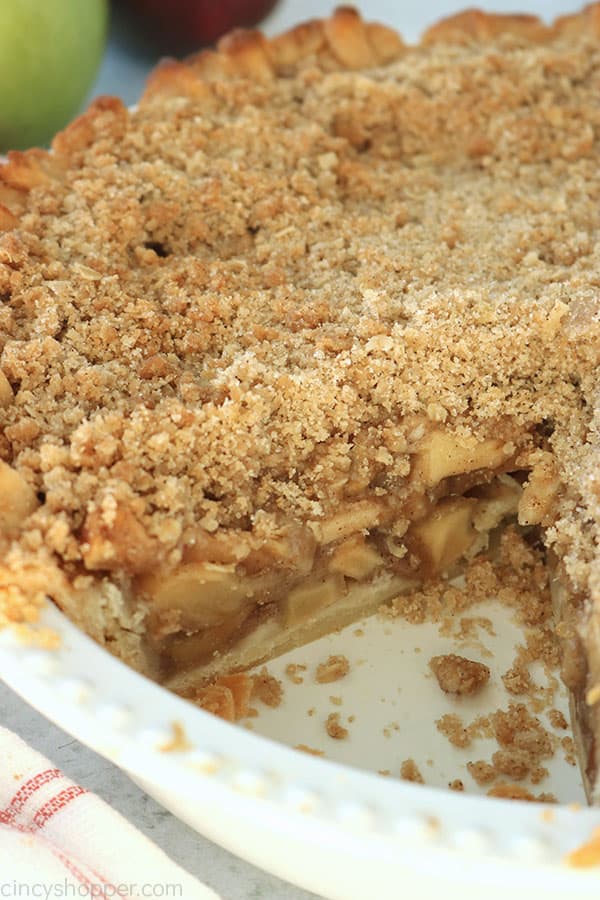 Many traditional apple pie recipes have a second crust. This Dutch Apple Pie, it’s topped with the most delicious crunchy and sweet streusel topping. It’s much simpler than preparing a second crust. 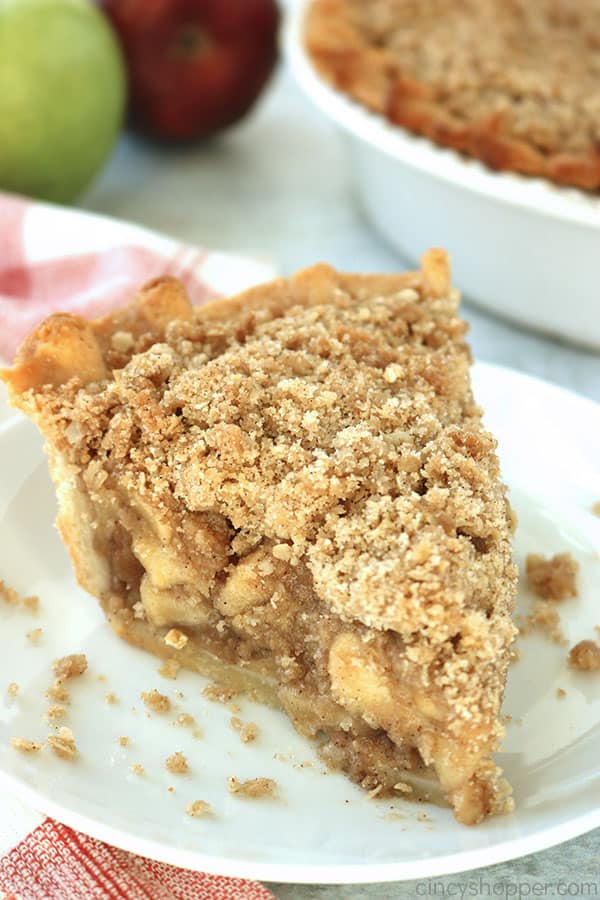 Dutch Apple Pie will require about 6 medium-sized apples. Since it’s a deep-dish pie, there is plenty of room to fill it up. So of course, it will be very filling. 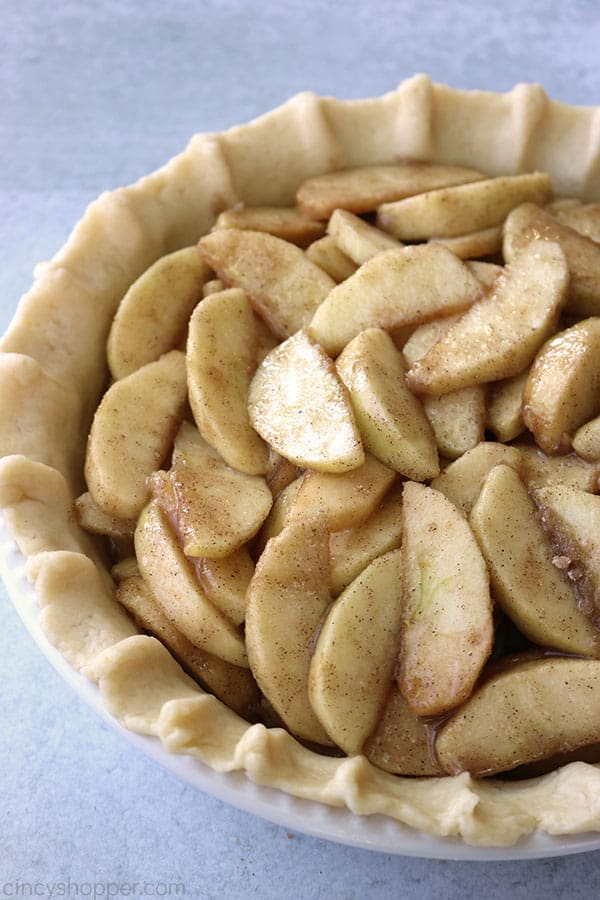 Typically I use a basic 4 Ingredient Pie Crust for my baked pies. For this Dutch Apple Pie recipe, I use a shortening based crust that is very easy to make. Even if you have never made a homemade pie crust, do not fear this one, it turns great. 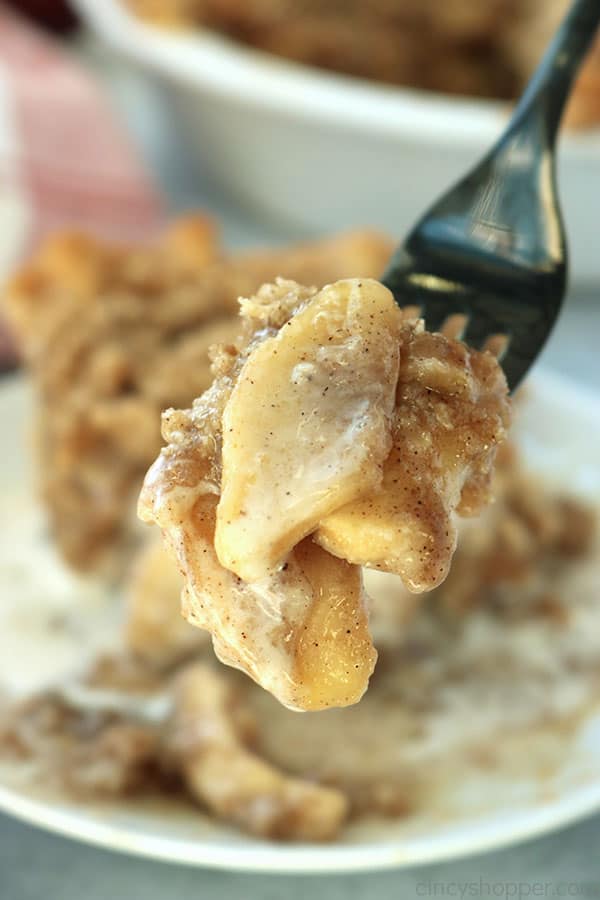 As I mentioned, the topping is so easy too. It only requires a few simple ingredients. It’s sweet and crumbly deliciousness. 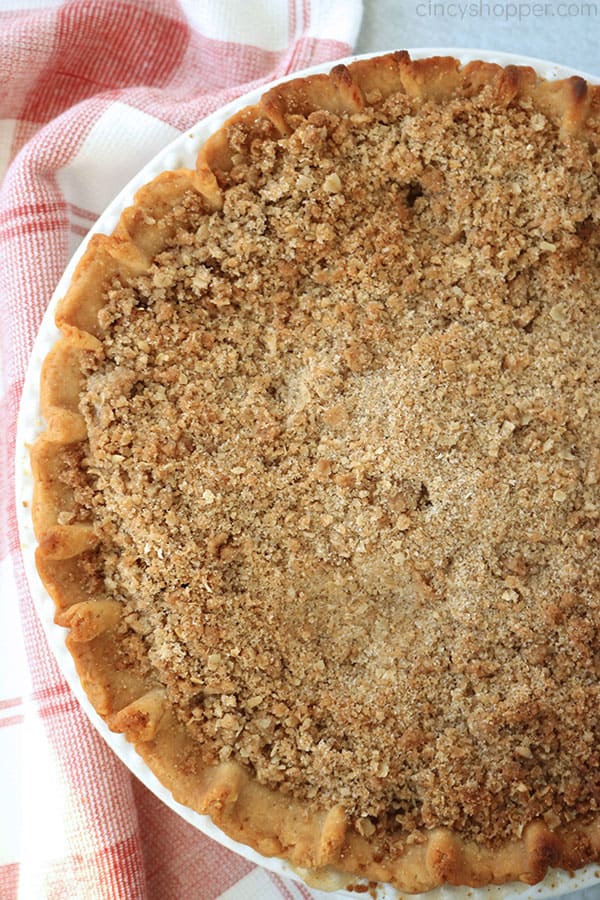 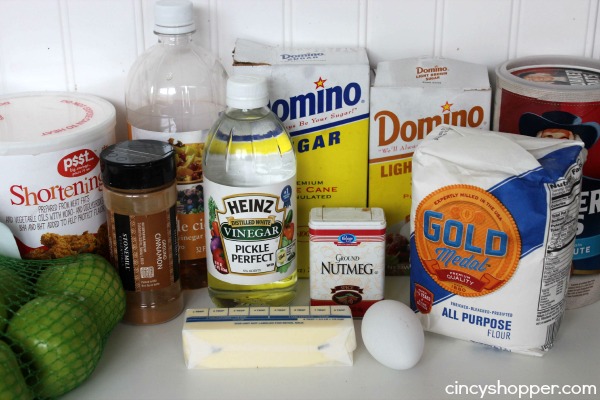 How to Make Dutch Apple Pie

First, add the egg to a small bowl and beat. Then, set it aside. Next, add shortening and flour to a medium to large-sized bowl. Then work together with a pastry cutter until you have a crumbly mixture. 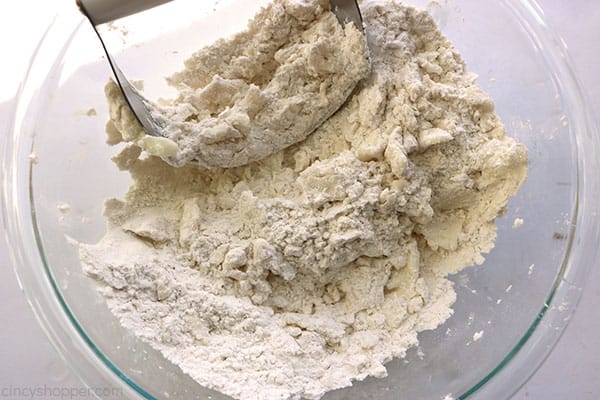 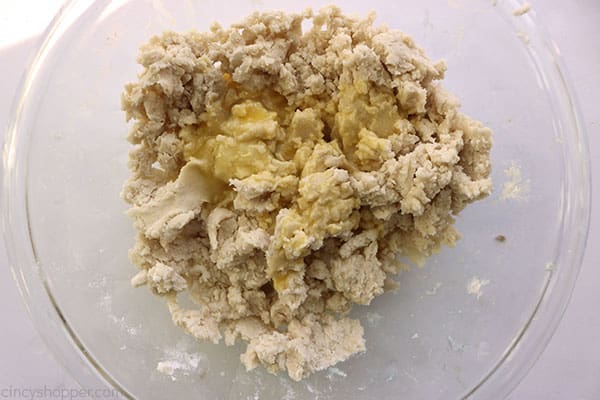 Place dough on a large piece of plastic wrap. Roll to about 1/2 inch thick and refrigerate for about 20 minutes. 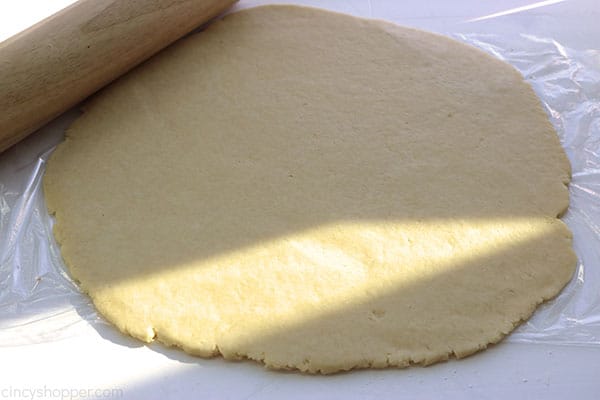 In a large bowl, combine sugar, brown sugar, flour, cinnamon, and nutmeg. Then set aside. Core, peel, and slice the apples to about 1/4 inch thick in size. 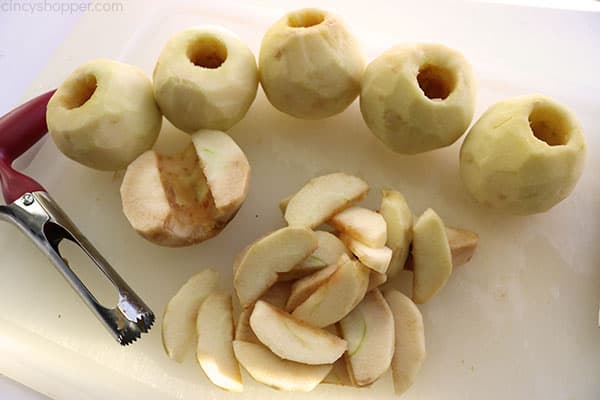 Add the sliced apples and cider vinegar to sugar and spice mixture. 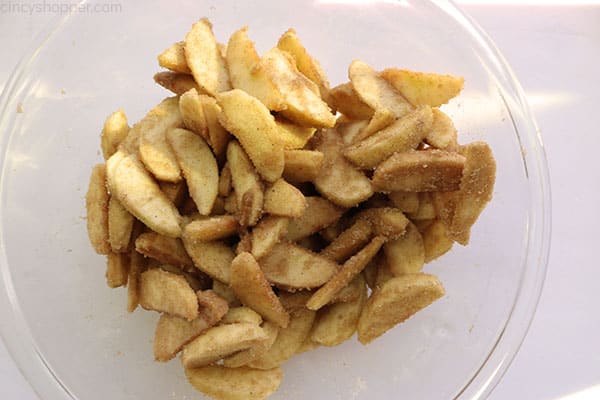 Preheat oven to 425 degrees. Next, lightly flour a work surface and roll out the pie crust. Then place in the pie pan. 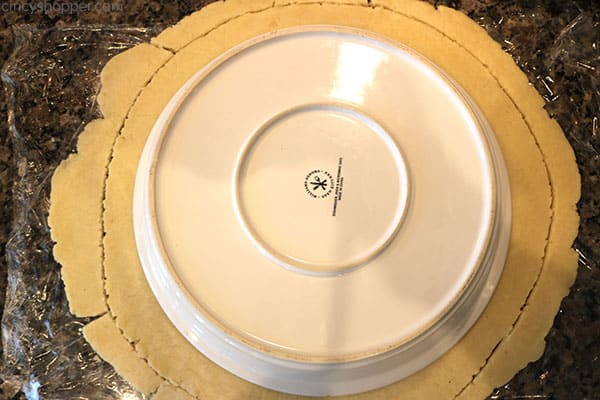 Pinch the edges to create a nicer looking crust. 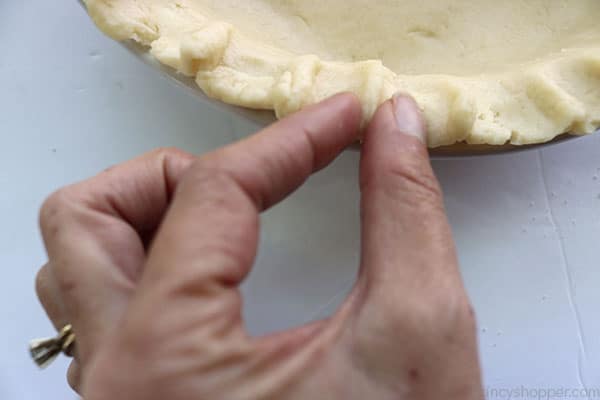 Then add the apple filling to the pie crust and dot the top with the pieces of butter. Bake for 20 minutes. I usually line a baking sheet with aluminum foil for less mess. 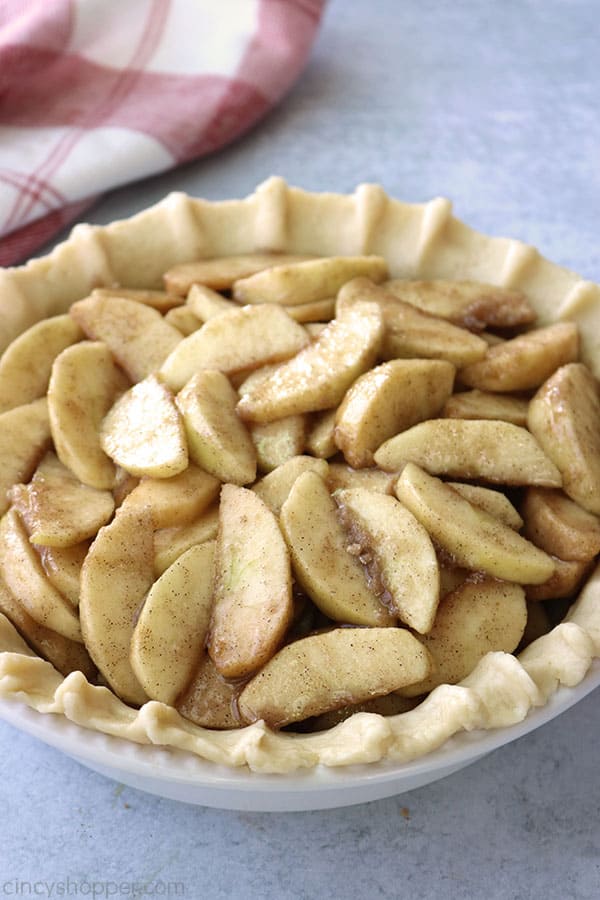 In a medium bowl add the quick oats, sugar, brown sugar, cinnamon, and nutmeg. Mix to combine. Then add the butter and cut in with pastry cutter. 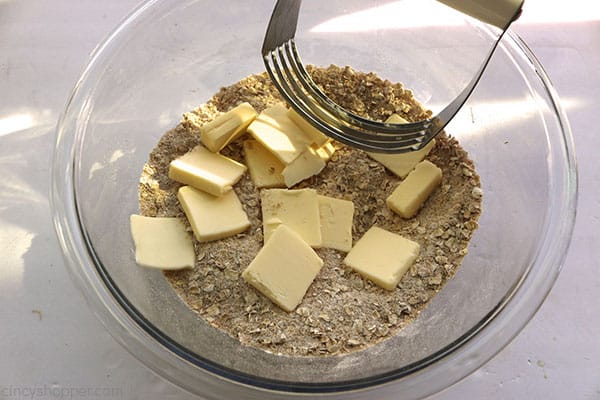 After the pie has baked for the 20 minutes remove from the oven, add the streusel topping. Then, add a pie ring or aluminum foil to just cover the crust. Drop the oven temperature to 375 degrees and bake for another 50 minutes. 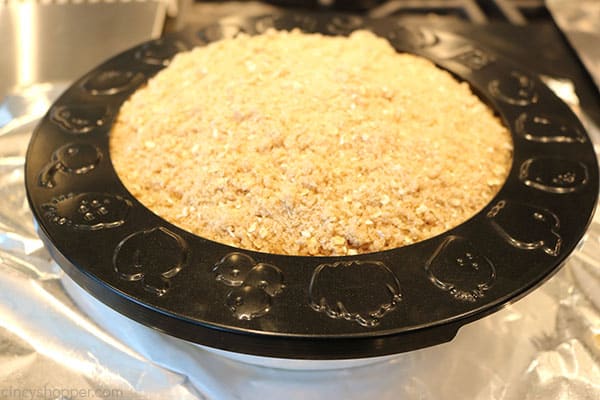 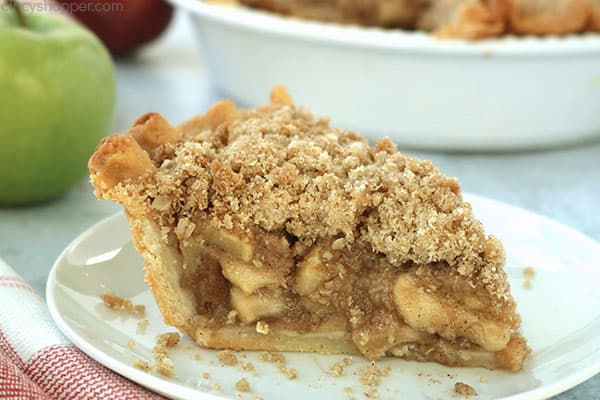 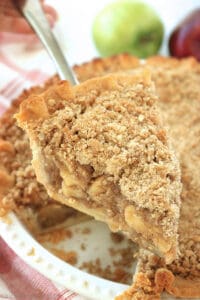 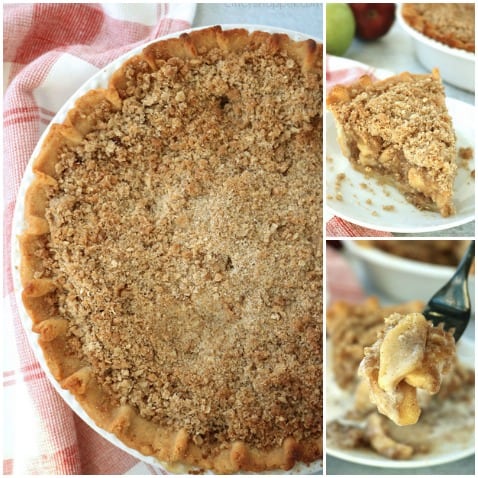 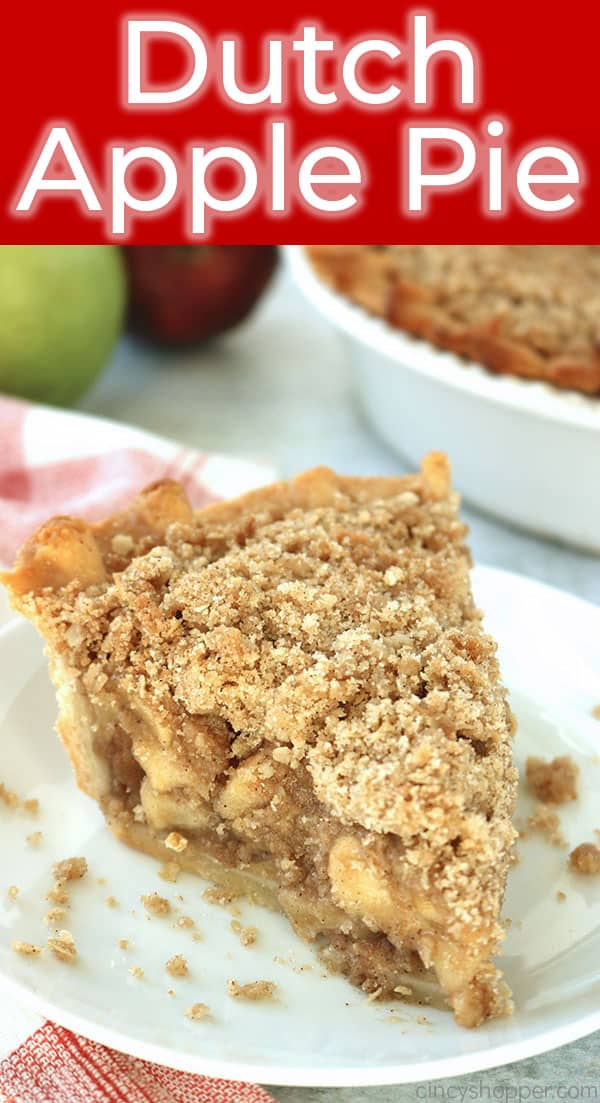